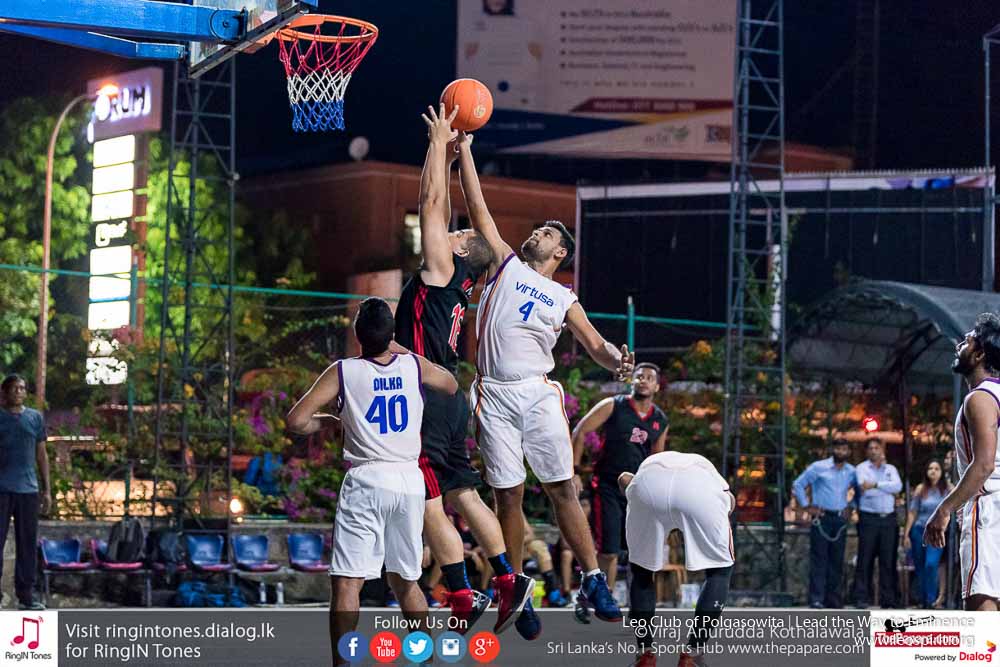 The 5th day of the Mercantile Services Basketball Association Knockout Tournament wrapped up with two nail-biting games, one of which ended in over-time.

The first match for the day was set to be played between Virtusa and MAS “B”. Stepping into half-time, scores read in favor of 25-17 in favor of Virtusa.

It was the second half that lit up the game. Both teams stepping on the gas, equalized the score at the final whistle, 42 all. Dilka Sirimanne top scored for Virtusa with 11 points while Kasun Madushanka and Sheron Logitharajah added 10 points each. For MAS “B” it was Azeem Ameen added 21 points while Chandika Ariyarathne piled up 09 points.

In the extra five minutes awarded, MAS “B” was unable to score a single basket while the opposition went on to add 05 more points to the total. The final score, 47-42 was in favor of Virtusa.

The second match for the day was tipped-off between DPMC and HSBC. HSBC led the game at lemons, 19-24. Promoth Weerasinghe scored 16 points for HSBC and topped the scorers list while, Praveen Perera scored 10 and Shenuka De Silva scored 07. For DPMC, Nalaka Kumarasinghe scored 16 points together with Jagath Kulathunga who topped up with 14 points. Thanushka Wanigaratene also lent a supporting hand with 11 points.

HSBC managed to be hold on to the lead and end the match on the winning side as the full-time scores read, 51-49.

May 4, 2018
Avatars by Sterling Adventures