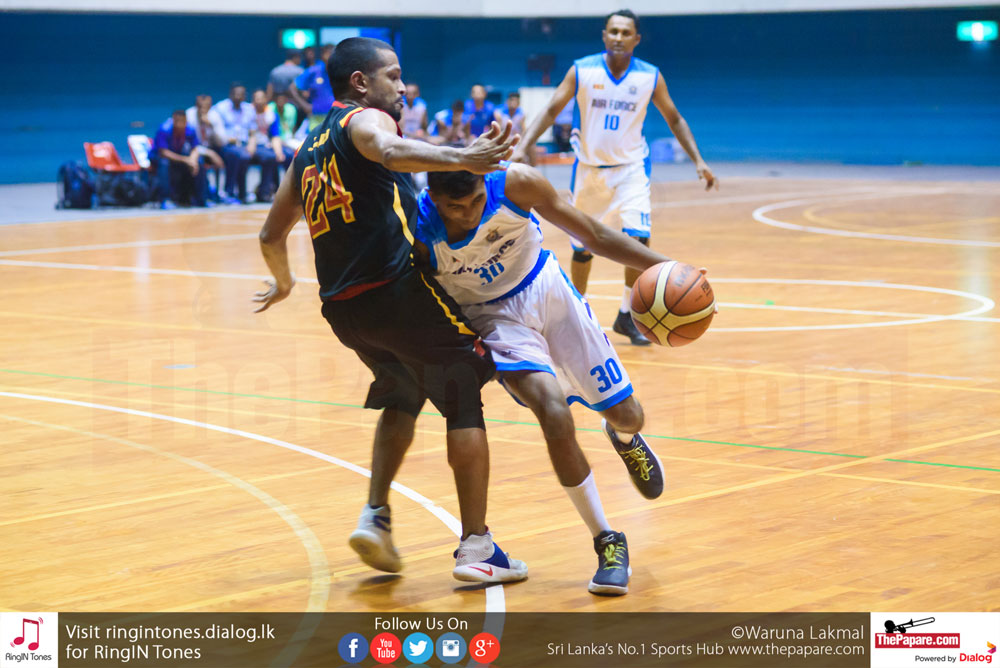 The Air Force team emerged triumphant over the Colombo Bulls with a final score line of 79-50. The Air Force team managed to maintain a consistent lead throughout the game allowing them to take home another win at the tournament. Indika Wijesena and E. Vendic were the main offensive players for the Air Force team contributing 20 points each while Dhanuka Dilshan was the highest scorer for the Bulls securing 8 points.

The Colombo Bulls started the game off and took an early lead at the end of the first quarter but they failed to retain it as the Air Force players settled into the game in the second quarter and outscored the Bulls by 15 points giving them control of the game. The Colombo Bulls attempted to score from downtown but it wasn’t enough to reduce the growing deficit since they failed to stop the Air Force offensive plays which resulted in the Colombo Bulls trailing behind by 29 points at the sound of the final buzzer.

The second game of the day was won by HSC Blacks taking honours against the Army team with a score line of 80-65. The deficit created in the first half of the game came back to haunt the Army team as they failed to close the gap on the scoreboard before the 40 minutes ran up. Dilan Sampath was the main offensive player for the Army team securing 22 points while both Nithula Liyanage and Chanuka Sameera scored 16 points each for the HSC Blacks.

The HSC Blacks team secured a significant lead of 26 points at the end of halftime taking good use of all 5 players to make successful offensive plays giving them the edge going into the final 20 minutes of the game. The Army team needed to tighten their defence to turn the tables on the Blacks. Although the Army outscored the Blacks in both the 3rd and 4th quarters of the game the deficit created in the first half of the game came back to haunt them as they failed to reduce the deficit before the final buzzer rang.

Air Force and Blacks emerge triumphant over Bulls and Army