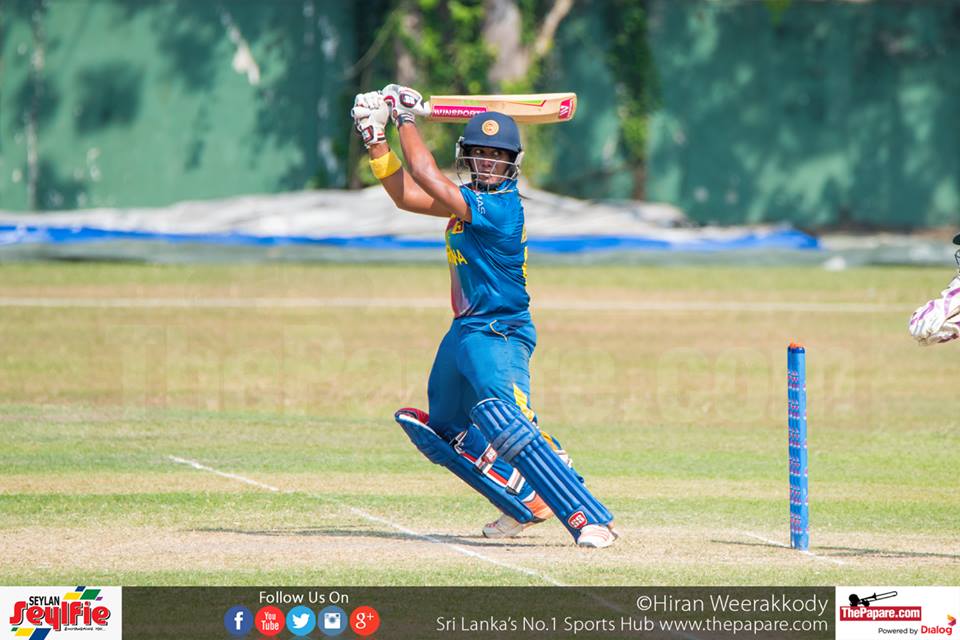 Sri Lanka notched up a 42 run win according to the Duckworth and Lewis method against Bangladesh earlier today to secure a spot in the Women’s World Cup alongside India, Pakistan and South Africa.

Bangladesh skipper Rumana Ahamed sent the hosts in to bat on a slow turner at the NCC grounds. Hasini Perera was promoted up the order after her impressive batting against South Africa in Sri Lanka’s last Super Six game and she, along with Nipuni Hansika put on 39 for the hosts. It was slow going once again by the Lankans as many of the batters maintained strike rates of below 50. Chamari Atapattu was the star of the show for the hosts, batting through the innings to make 84 off 114 deliveries. Having come into bat at the fall of the 1st wicket, Atapattu showed why she could be a threat to any team on her day, stroking 8 fours and a 6 in what was ultimately a match winning innings. The next highest score was by Perera, who made 32 as none of the other batters could get going against the Bangladeshi bowlers. The Lankans finished on 197, bolstered by 23 extras given away by the visitors, including 15 wides and 2 no balls.

Off spinner Salma Khatum was excellent with the ball, picking up 3 wickets, including the crucial ones of Atapattu and Hansika, for just 18 runs.

Bangladesh’s chase got off to the worst possible start as Udeshika Prabhodhani trapped Shaila Sultana LBW with the very first delivery of the innings. They never quite recovered from the blow and although Nigar Sultana and Shaila Shamin made 20s, when the rains came down they were well short of the Duckworth and Lewis target of 111 in 21 overs, ending on 68/5.

Inoshi Fernando bagged two wickets for Sri Lanka alongside Prabhodhani while skipper Inoka Ranaweera chipped in with one. 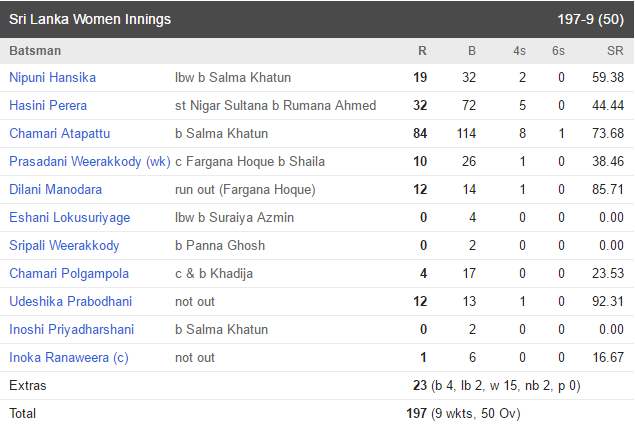 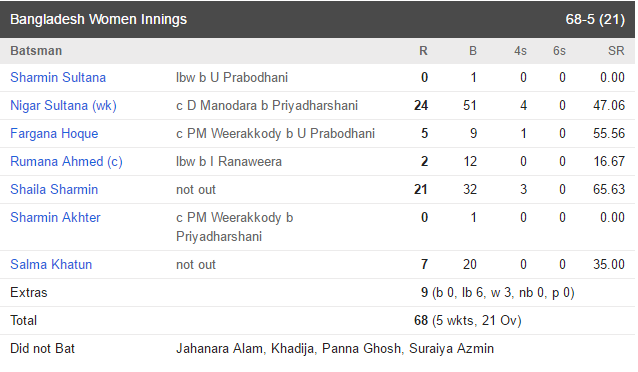