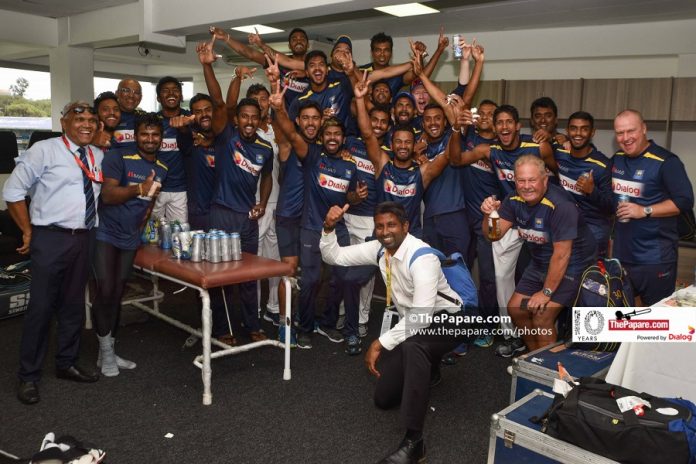 Just when you thought that it woudn’t get better than Durban 2011, Sri Lanka put up a splendid show to win Durban 2019. Now they could go onto create history by becoming only the third team to win a Test series in South Africa.

South Africa have been playing Test cricket since 1898 but apart from two nations – Australia and England – all else have struggled to compete here. The only nations to win Test series in South Africa are the Aussies and the English.

Read More : It doesn’t get better than Durban 2011

Many teams have struggled in the hard and bouncy surfaces of South Africa, having returned home with their deficiencies badly exposed. Clive Lloyd’s champion West Indies side could have given the Proteas a run for their money but during their peak, South Africa was forbidden territory for cricketers.

No Test cricket was played in South Africa for 21 years during the height of the country’s apartheid policies. This era coincided with West Indies’ domination of world cricket.

Dimuth Karunaratne finds himself in control of proceedings to achieve something that even some of the finest Test captains haven’t achieved – win a Test series in South Africa.

Pushed into the job as the selectors made many changes following the team’s poor show in Australia, Karunaratne has marshaled his troops remarkably well. Left with a second string bowling attack in the absence of three premier fast bowlers and the axing of Dilruwan Perera, nobody gave his team a chance to take 20 wickets in a Test match.

But the bowlers rose to the occasion admirably with Vishwa Fernando being the star, taking eight wickets in the game. He was well backed up by debutant Lasith Ambuldeniya, who took a five wicket haul on debut in South Africa’s second innings.

Then Kusal Perera played the innings of his life. His stop-start career was full of promise without much substance until then but in Durban he turned a huge corner, winning the respect of all and sundry. His was not just slogging, but waiting for opportunities and then putting the loose balls away.

These days you don’t see many batsmen hitting Kagiso Rabada for six. KJP deposited both Rabada and Dale Steyn for sixes. This is perhaps the best bowling attack in the world. Rabada was ranked the world’s number one last week and Steyn has been the best fast bowler of this millennium. In Duanne Olivier, the Porteas had someone constantly clocking 145kmph and to post an unbeaten 153 against them was a top class effort.

The last wicket stand between KJP and Vishwa Fernando worth 78 runs kept the fans on the edge of their seats. South Africa had no clue how this game slipped away from them and were gracious in defeat with captain Francois Du Plessis calling KJP ‘superman’.

There was an injury scare for the Sri Lankans as Kusal Mendis was carried off the field yesterday after he hurt his ankle during fielding drills. His availability will be known on Wednesday. The second Test gets underway on Thursday.

Sri Lanka only need a draw here at St. George’s Park to achieve the unthinkable. A draw, however, is unlikely here as there have been only two drawn games in the last 20 years.

Never before in South Africa have Sri Lanka gone into the final game with a series lead in hand.

Of all South African venues, Port Elizabeth will be most to Sri Lanka’s liking. The slow nature of the surface will bring the spin bowlers into the equation and that gives the tourists a definite advantage.

The hosts will be without Vernon Philander, who has been ruled out of the game with a hamstring injury. Olivier too is unlikely to play here with conditions not to his liking. All-rounder Wiaan Mulder is expected to make his Test debut. The 21-year-old, who bowls medium pace, averages 23 in First Class cricket with the ball.

With Lungi Ngidi too recovering from injury, the Proteas have been forced to look at other options. The absence of other fast bowlers like Morne Morkel, Marchant De Lange and Kyle Abbott has been badly felt as all three gave up international cricket prematurely to take up Kolpak deals which allow them to play County Cricket without being tagged as overseas players.