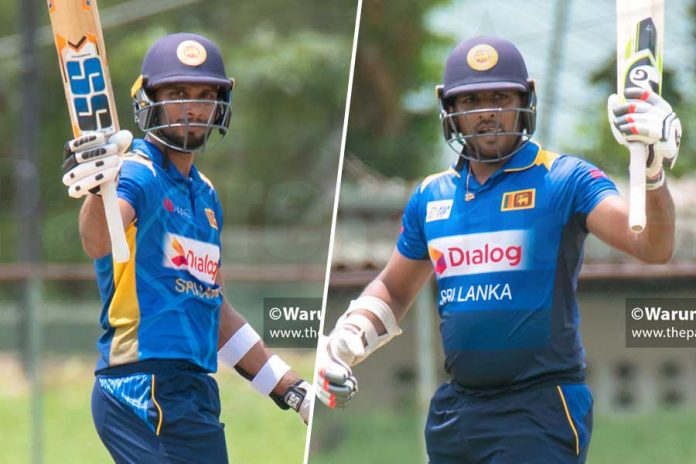 Bangladesh warmed-up well for the upcoming ODI series in Colombo with a five-wicket win over Sri Lanka Board President’s XI in their tour game on Tuesday at P. Sara Oval grounds.

After electing to bat first, the hosts lost their captain Niroshan Dickwella in the third ball when Rubel Hossain’s in-swinger struck him right-in front. Danushka Gunathilaka, played a couple of expansive strokes to race to 26 off 27 before becoming Taskin Ahmed’s only scalp.

Oshada Fernando, who was left out of the 22-member squad after being a part of the reserves for the World Cup, failed to make an impression with the bat. With Gunathilaka falling four balls later, the Board President’s XI was restricted to 32 for 3 in 7.3 overs.

Bhanuka Rajapaksha and Shehan Jayasuriya resurrected the innings with a fine 82-run stand for the fourth wicket. Rajapaksha slammed four boundaries before the part-time seam of Soumya Sarkar got the better of him. Jayasuriya, fresh from a fruitful series against India ‘A’, made 56 off 78 balls with 5 fours.

Dasun Shanaka, walked out after Angelo Perera fell for seven runs in the 29th over with the score on 127 for 5.  He soon lost a valuable partner in Jayasuriya as Sri Lanka Board President’s XI were tottering at 146 for 6 with less than 19 overs left in the innings. Shanaka turned the tides around with a stunning display of power-hitting, accumulating 6 sixes and 6 fours to remain unbeaten on 86 off 63 deliveries. His excellent batting prowess pushed the home team’s score to 282 for 8.

The Bangladeshis commenced their chase well with openers Soumya Sarkar and captain Tamim Iqbal adding 45 for the first wicket. However, both Sarkar and Iqbal fell to the extra pace of Lahiru Kumara as the visitors were two down for just 58 runs.

>>Video – ‘Security in Sri Lanka has been fantastic’ – Tamim Iqbal<<

Mohammed Mithun and seasoned campaigner Mushfiqur Rahim struck match-winning knocks of 91 and 50 respectively to anchor the middle order as the Lankan bowlers failed to make inroads through the middle overs. Mithun slammed 11 fours and a six during his 100-ball 91, while Rahim scored at a strike-rate of 108.69 to rack up 50 off 46 deliveries.

Mithun remained until the 46th over of the chase as he struck two more valuable partnerships along with Mahamadullah and Sabbir Rehman, who also made quick-fire 30+ scores to hunt down the target with five wickets in hand and 11 balls remaining.

Sri Lanka will play three ODIs against Bangladesh on 26th, 28th and 31st July at Khettarama.