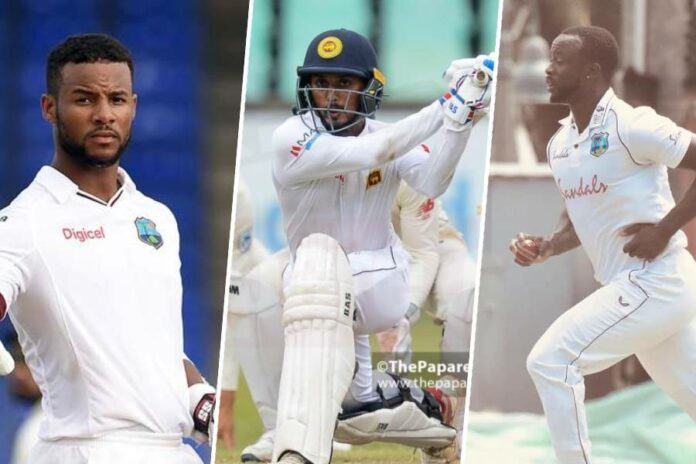 Dimuth Karunaratne and Lahiru Thirimanne opened the innings for Sri Lanka after being put into bat first by West Indies President’s XI skipper Roston Chase. But both players could not occupy the crease for a long period as they were dismissed by speedster Kemar Roach for single digit scores.

When Sri Lanka were reeling at 51 for 4, number three batsman Oshada Fernando and experienced Test batsman Dinesh Chandimal showed some resistance putting on a 53-run partnership for the 5th wicket. However, it was the only significant partnership in the Sri Lankan innings as they were bowled out for just 172 runs in 49.3 overs.

Though Sri Lanka struggled with the bat, the hosts showed a better batting display putting on 103 runs for 1 wicket in 26 overs at the end of the first day’s play. Opening batsman Shai Hope, who was in terrific form with the bat during ODI series for West Indies, batted beautifully scoring an unbeaten 60 runs off 72 balls with 10 fours and 2 sixes.