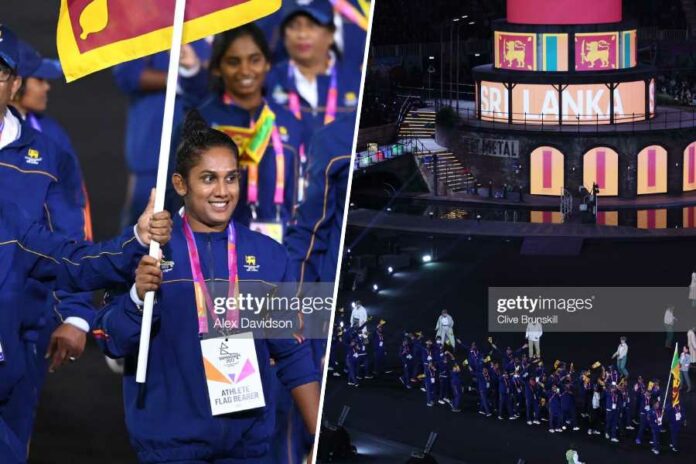 The 22nd Birmingham Commonwealth Games began yesterday (28th) in England with a spectacular opening ceremony. The competition will be held from 28th July to 08th August.

The opening ceremony was held in Alexander Grounds in Birmingham which featured several special events including the moving speech given by Nobel Prize winner Malala Yousafzai. Her speech addressed the importance of education. Meanwhile, British Olympic diving champion Tom Daley spoke about LGBTQ+ rights at the event.

The biggest showstopper of the evening was the ‘Raging Bull’ which was introduced to spectators at the Alexander Stadium by female chain makers, pulling the bull along into the center of the arena. The creation reflected the working conditions in the 19th Century, where some women had to work long hours and were underpaid.

Then it was the time for parade of all participating nations where the Australian team entered first being the host of the last Commonwealth Games as per the tradition of the competition. The other countries then made their way into the arena as per alphabetical order from their respective regions.

Ruchira Fernando, Gayashan Kumarasinghe and Buddika Fernando will represent Sri Lanka in Gymnastics today. They will participate in Subdivision 1 in the Men’s Team and Individual qualification event.

Sri Lankan swimmer Akalanka Peiris is set to compete in 50m Butterfly event. He will participate in heat 4 of the event.

Sri Lankan boxer Sanjeewa Bandara will participate in the 60-63.5kg Light Welterweight event against England boxer Joseph Tyers in the Round of 32.

Sri Lanka Badminton mixed team will play their first game of the competition against Australia in Group A.

Stay tuned to Sri Lanka’s No.1 Sports Hub ThePapare.com as we bring you latest news, photos, updates, scores and much more!