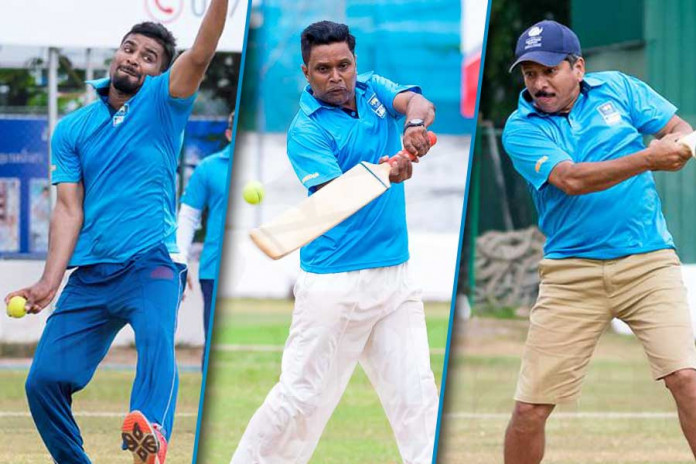 SLC organized this encounter to extend the friendship between the journalists from both countries. The hosts were led by young all-rounder Damith Weerasinghe from ThePapare.com while the visitors were skippered by veteran Wisden India editor R Kaushik.

After winning the toss and opting to bat first, the Indians posted a commanding total of 175 from their 20 overs. Opening batsman Sunandan Lele top scored with 26 while skipper Kaushik and Vijay Kumar chipped in with 14 runs each. The biggest contributor for the Indians were extras – 61 since one wide ball was deemed as five runs.

Chasing 176 runs to win, the home team lost four early wickets but Sureshchandra played a sensible knock of 33. Photojournalist Sanka Vidanagama made 21 valuable runs during the middle overs while Kasun Kelum and Saminda Tharaka made useful contributions of 29 and 25 respectively in the end to guide the hosts to a victory.