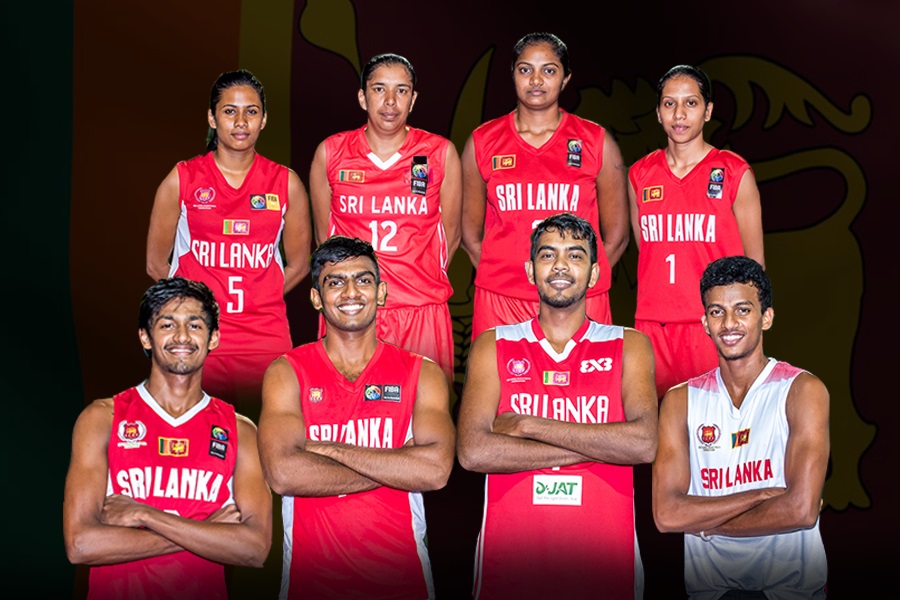 Sri Lanka`s maiden overseas assignment for the year, FIBA 3×3 Asia Cup 2019, will tip off in Changsha, China. The event will begin on the 22nd of May and will go on till the 26th. The qualifying draws for men and women will be played first, then, the main draw of the tournament.

Similarly, as in 2018, stepping into the 2019 edition of the Asian saga, Sri Lanka Men`s team will start from the qualifying stage. It was only in 2017, Sri Lanka earned a direct ticket to the main draw. The down-fall in ranking since then has caused Sri Lanka to take a back seat in their best performed format of basketball.

FIBA 3×3, in their official press release in announcing the pools stated:

Federation ranking for 3×3 as explained by FIBA on their official website is as follows:

Even though the Sri Lanka Men`s team failed to earn a direct ticket, the women`s team placed themselves in the main-draw. Sri Lanka Basketball Federation (SLBF) launched the concept of 3×3 Open Pick Up Games earlier in 2019 to elevate the rankings in the international stage. However, the results of the project will be reaped in 2020 only.

The selections for the outfit was based on the recent legs of the 3×3 Open Pick-Up Games. The selectors have placed their bets on a young outfit for 2019.

It is only Arnold Brent, who has previous experience in the Asian stage, representing the country in 2017 and 2018. Even though the rest of the three players have not played in an open Asia Cup before, they have played internationally in the U18 and U23 age-groups. 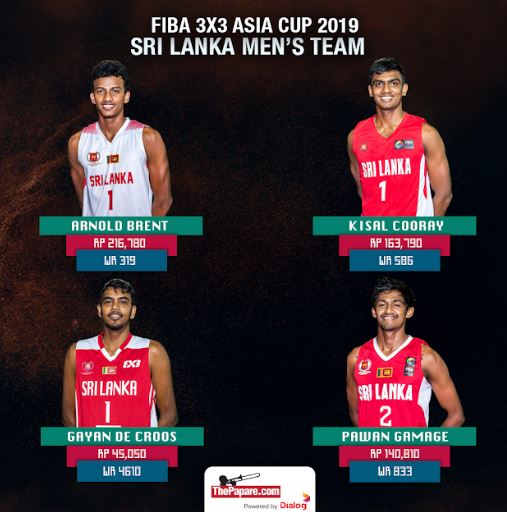 A balanced selection with both height and ball-handling intact, the key for winning would be precise player rotation at the exact time. The combination of Cooray and Arnold in shooting outside the arc and Gamage penetrating the defence, will work best with the height of De Croos. It is important that both defensive and offensive rebounds are etched with the height advantage. The second chances at the rim could improve Sri Lanka`s winning percentage by half. 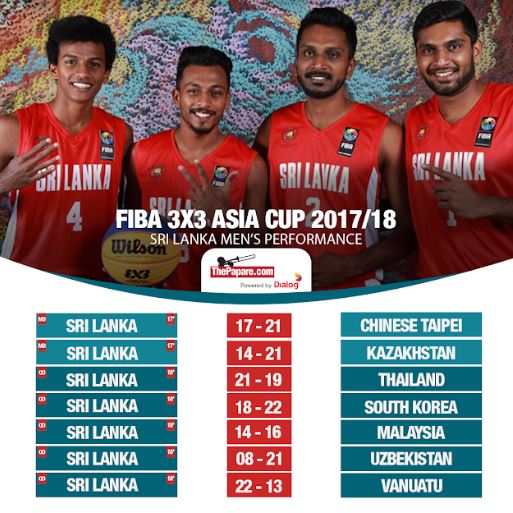 The preceding performances in the tournament has not been the best. 2017 edition ended in the group-stage. In 2018, Sri Lanka failed to qualify past the qualifying draw. 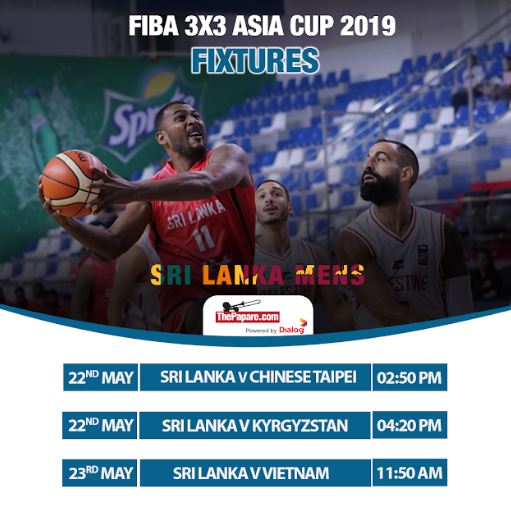 Just as in the men`s team, two players will make their FIBA 3×3 Asia Cup debut in 2019, Prasadi Fonseka and Benika Thalagala. Anjalee Ekanayake and Solange Gunawijaya represented the outfit in 2018.

The women`s team is jam-packed with experience. All the players having represented the country close to a decade in both formats in number of tournaments in the international arena. Another composed selection, the squad is fortified with the best in business for perimeter shooting, penetrating the defence and grabbing the boards. 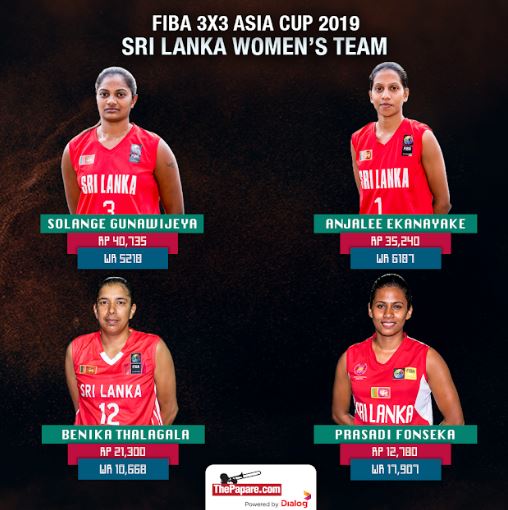 The testing factor would be the team’s fitness. 3×3, a fast paced game, will draw the line between the winner and the loser. 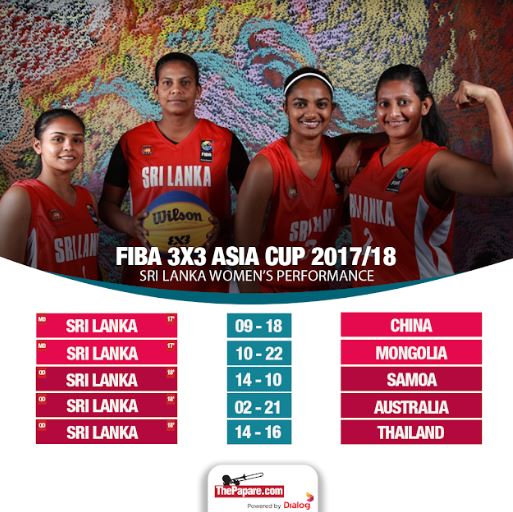 The former performances are in align with the men`s team. However, with a more experienced and skilled outfit for 2019, the history books are bound to change. 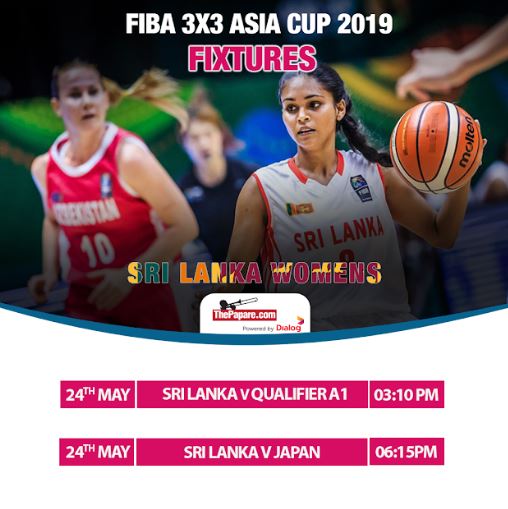 The selections are justified. Sri Lanka Men`s team will take on teams in the caliber of Chinese Taipei, Kyrgyzstan and Vietnam, filled with energy and hard play. A young outfit with fresh legs and adequate stamina will be an even match up.

As for the women`s team, experience is important in matching-up against countries such as Japan. Both teams have been practicing twice a day for over a period of a month. The practice sessions also included separate strength and conditioning sessions and shooting sessions.

The fitness preparations were done at the Vaaj Fitness Center, under the guidance of Mr. Ashok Kumar and Mr. Shamila Wijewickrama.

The preparations are on par. There is no question about the skill-level of the players. If the strategies are executed as planned, Sri Lanka will qualify for the knock-out stages. Accurate player rotation and fitness will be the deciding factors.

Team Sri Lanka, All The Best!