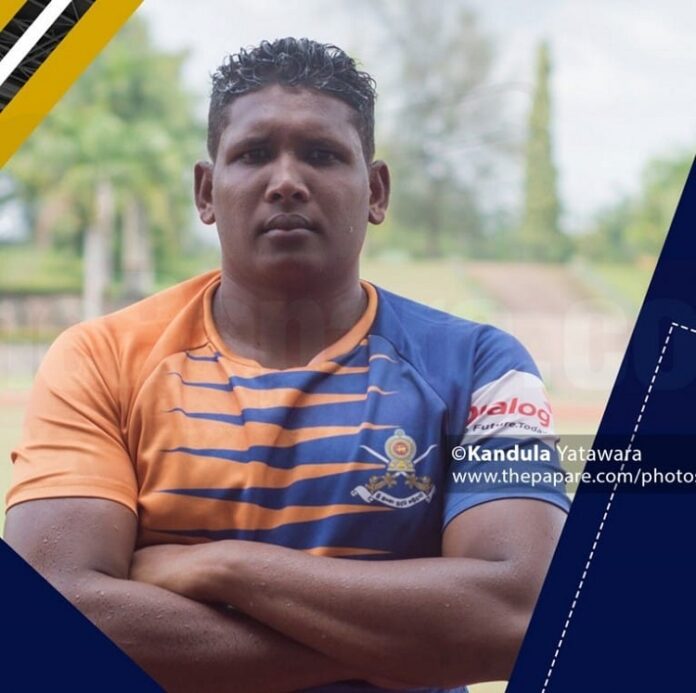 One of Sri Lanka Army’s front row players has reportedly passed away this morning after being admitted to hospital, having suffered a heart attack during training.

33-year-old Gayan Shanika of the Gajaba Regiment has been training with the side when he complained of a chest pain and collapsed to the ground. Following hospitalization, he was pronounced dead.

An official linked to the Army rugby team confirmed that the death was not due to Covid-19, following results of a PCR test.

The 33-year-old individual, a product of Veluwana College has been a part of the Army rugby team for a considerable stint. He also represented the side as a front-row player during the 2017/18 & 2018/19 seasons in the Dialog Rugby League.

Together with the rugby community, ThePapare mourns the death of Gayan.