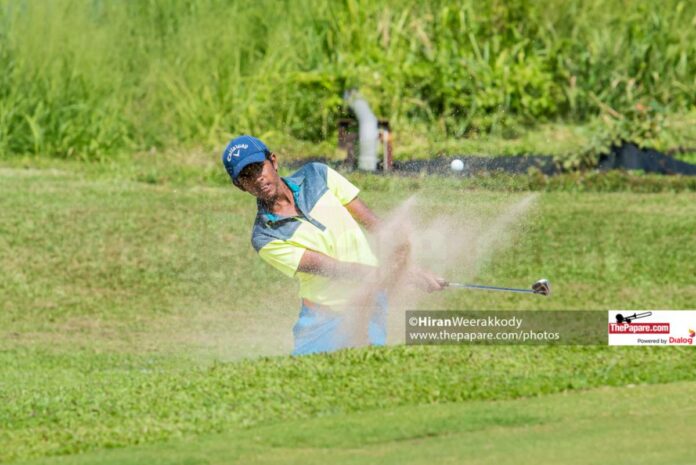 A press conference to discuss preparations for the upcoming Golf and Cycling events hosted by the Sri Lanka Airforce was held yesterday (12) at the SLAF Headquarters.

Speaking to the media personnel present, Air Marshall Sudarshana Pathirana mentioned that a SL Airforce Golf Championship will be hosted at the China Coast Golf Link from the 21st to 23rd January.

Dialog Axiata PLC will officially sponsor this tournament and a cheque for same was handed over to the Air Force commander by Naveen Peiris, the head of Dialog Enterprise.

To celebrate the 71st anniversary of the Sri Lanka Airforce, a cycle parade will also take place from the 4th – 6th of March, for which over 110 competitors have signed up so far. The Men’s leg of the Cycling competition will cover a total distance of 400km.

The parade will begin in Colombo on Day 1 and head to Puttalam, second day will see the riders take on the Anuradhapura-Dambulla route and to finish off, from Dambulla to Narammala, Giriulla and finally to Katunayake.

The Women’s leg of the competition will also take a Puttalam – Katunayake route, planned to cover over 105km.

While these two are the only confirmed events so far, the rest of 2022-23 sporting calendar was discussed by the Commander.

Other events in the 2022-23 sporting timeline include: