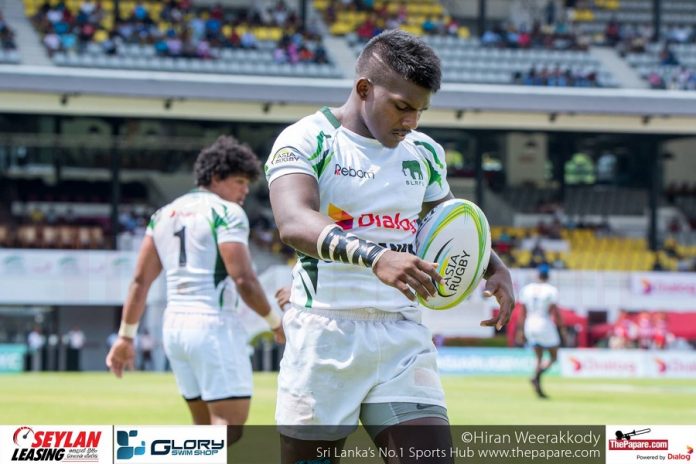 If math is not your strong suit, don’t worry. Anyone can figure this one out. After what was a whirlwind performance at the Asian games, where Sri Lanka almost upset Japan and played for a gold medal, they stumbled to a spectacular sixth by losing the Plate final to Philippines in the 2nd leg of the Asia Sevens.

>> Read more from Boa STRAIGHT UP!

4-3-6-X? That’s going to be the million-dollar question. A respectable fourth at the games (but medal-less), then third and now relegated to number six. To make matters worse for the men, in an age where gender equality rages on, the women saved face for Sri Lanka by winning the Plate. Some form of silverware to bring home.

There is significant pressure mounting on the home side as they host the next leg in Colombo, for what must surely be a crossroads for season 2018.

This, after much promise and admiration from fans and competitors alike from a few weeks ago. Given that sevens rugby is a dynamic proposition, the ink runs out quick on any perceived success and the fruits of such salesmanship to the general public– quickly fades away. It has now been replaced with disappointment after last week. If you read the mainstream press, ridicule.

So, after the latest leg of Asian sevens (South Korea) — what do we know and where does this leave the Tuskers (sevens)?

Another week and another same old, same old. Breakdown of and at the breakdown. It was a common sight to see the islanders getting out muscled and out hustled at the– you guessed it, breakdown. Given the pace they had out-wide, at times it was to no avail as the ball security in the ruck fell apart.

Lacking game day structure, repeat this track on all editions of the Asia sevens, getting turned over at will against the top sides and now, some of the bottom tier. It hurt SL7s time and again to be beaten at their own game. All this was topped off with a loss to the Filipino “Volcanoes”, a team which these Tuskers had “bloused” with ease over a week ago. Let’s not beat about the bush, it was embarrassing.

The cruel twist of fate when you drop a game or so in this format. Even the most marginal of errors are punished with catastrophic results.

So, as it stands, China– who Sri Lanka have beaten and outdone on many occasions, sit higher on the overall points table. They are third with 12 points, a solitary point better than SL who sit on 11. What this means, that coming into the home straight, the Tuskers MUST finish a third place or higher to redress this shortfall. Otherwise, there will be no podium finish. Only a spot in the “also ran” column.

Looking at the current, run on-form line, it makes for a tricky scenario as all countries have seemingly gained a good foothold and are poised. Sri Lanka for their part, look very underdone– given key player injuries and lacking game time for crucial combinations.

D Ranjan, being that huge key. Plenty of love from the diplomatic front for China, maybe in the hope of an interest write off?

A continued inability to hold the ball in the ruck has plagued this team like a rash which does not go away. No matter how hard they try, it comes across like a toddler spilling his porridge on a bib. It looks messy and at times school yard bully like. 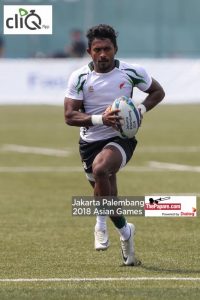 There will need to be a remedy for this urgently. Else, a good old-fashioned hiding at home is on the cards. What’s more, turning over the ball at set piece has also become habit. It undoes all the good work in one brief moment. This reverts back to strength and conditioning.

Tactically, we have witnessed the same stuff rolled over week in week out. The introduction of some the bigger ball carriers seems to be nonexistent, notably Dinuk Amarasinghe. Underutilized. Maybe it’s time to change it all up and roll that tactical dice in hope of landing a six.

Speaking of ball carriers, there is a notable, missing link. More to the point, a raging bull in the form of Omalka Gunaratne. The CR & FC back row forward has seemingly fallen out of favour with selectors. Given his bustling presence, much like a rodeo bull who can wreak havoc in contact, it is strange not see him in on tour, despite a number of injuries.

Word on the street is that he is fit and good to go. Maybe we see him back for the Colombo stop? Whichever way, raging bull or rodeo Ferdinand– at the moment, his non- selection means he is no more than a placid calf. Spelled on a pasture. Surely, that’s got to change?

Sri Lanka, a paradise like no other. If there ever was a time that home advantage should favour the Tuskers, it is now. Only a sound finish and top three finish (at least) will cut the mustard.

Hometown advantage, in sport has different connotations to different people. Without going too deep into it and cause controversy, I will say this. Given the short turn around and injury ward, perhaps this team may need some divine intervention. So, as fans, if there is a faith or belief you turn to in times of need, now’s the time to call upon for a favor.

On a more serious note, the atmospheric conditions and humidity prevailing to play out in favour of Sri Lanka. If the team is prepared to be brave, maybe a higher power will help them deliver a stunning result. After all, there is no shame in combining real science and “pseudoscience”, so long as it delivers the right result.

Long shots at even longer odds do come home a winner. Right now, home or away, it’s a distant probability.

SL to make it to the semifinals and a 33% chance of finishing third in both comp and overall standings.

Watch out for: D Ranjan (if declared fit) to be the highest try scorer of the tournament and dot down a minimum of 4-5 tries.

Suggested wager: Use of Dinuk Amarasinghe as a first receiver and first up ball carrier from set pieces as should be the case with Omalka, if selected. Worth an each way punt, to provide quality ball from a secure platform to release the speedsters out wide.

The Bolter: Philippines to surge for a top 4 finish.

Parting shot: Fourth place and no worse, Third place or better. Second, would be great and first — simply, magic. Simple as that.