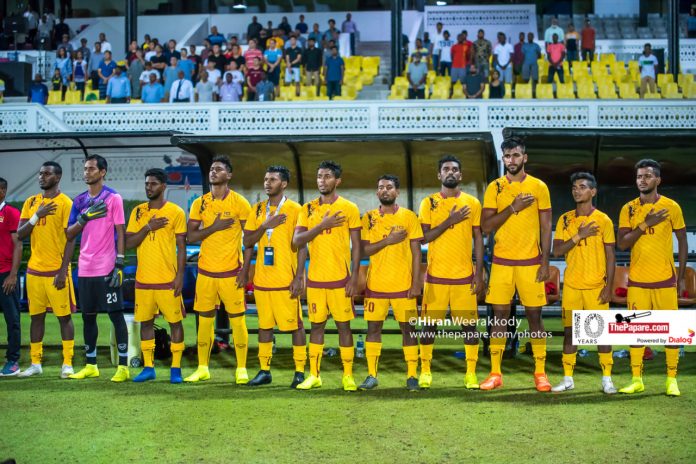 Sri Lanka’s 23-man squad which travelled to Seoul to face South Korea in the FIFA World Cup 2022 and AFC Asian Cup 2023 qualification match scheduled to be played on 10th October had two changes from the one that was beaten 1-0 by North Korea.

Naveen Jude (Java Lane) and Mohamed Shabeer (Colombo) were replaced by Mohamed Shaheel (Sea Hawks) and Mohamed Musthaq (New Star). This was confirmed in the media release by the Football Federation of Sri Lanka (FFSL). The reasons for the changes were not specified.

Shaheel was not in the 23 squad in the previous two matches against Turkmenistan and North Korea while Musthaq was on the bench for the Turkmenistan game. Shabeer was an unused substitute in both those matches while Naveen came on from the bench in the 71st minute against North Korea.