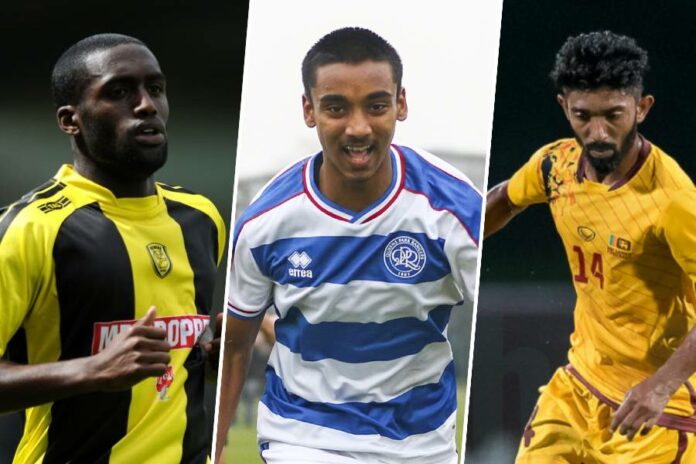 The 5th phase of the National Pool 2021 residential training camp commenced today (6th May) at the National Training Centre, Beddegana.

The 23-player pool list was released by the Football Federation of Sri Lanka (FFSL) and the camp will be conducted under a ‘Bio Bubble Environment’ in preparation for the 2022 FIFA World Cup Qualifiers and Asian Cup Qualifiers round 2.

All 23 players and 8 officials who are involved in the training camp underwent PCR and rapid antigen tests. All antigen tests returned as negative and the FFSL is awaiting the official PCR results.

Notable inclusions in the 23-man squad are Marvin Hamilton, Reef Peries and Dillon De Silva – who have completed their dual-citizenship process and are making their long awaited entry to the National Squad.

Furthermore, Duckson Puslas and Mohamed Fazal have also been added to the squad. Fazal, the former Sri Lanka captain, was excluded from the previous pool citing he was not in the current plans of the management.

Interestingly, Shabeer Razooniya and Mohamed Rifkhan have been excluded from the pool.