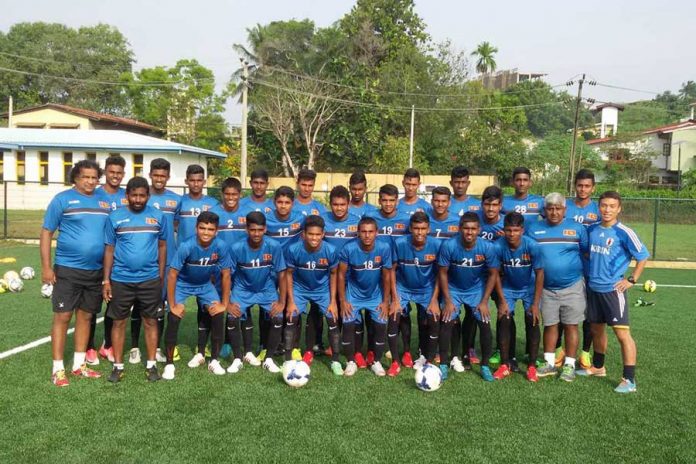 Under prepared Sri Lanka will look to defeat fellow South Asian countries Maldives and Bangladesh in the 2018 AFC U19 Championship Qualifiers.

The Football Federation of Sri Lanka (FFSL) has picked a 32-player..

The 23-man squad under the watchful eyes of Head Coach Sumith Walpola had trained only for a month – and that too had been hampered by rain and other difficulties. The start of the camp was delayed due to the severe financial troubles the Football Federation of Sri Lanka (FFSL) were facing.

Sri Lanka will be played in the Group B along with Uzbekistan, hosts Tajikistan, Bangladesh and Maldives. The qualifying round matches will be conducted from 31st October to 08th November 2017 at Hisor Central Stadium and Republican Central Stadium, Dushanbe in Tajikistan.

The team will be captained by Shehan Thivanka Liyanapathirana of St.Peter’s College. He is also a Saunders SC player. Vice-captain will be Asela Madushan from St.Joseph’s College.

Sri Lanka draw against Maldives in a thrilling finish