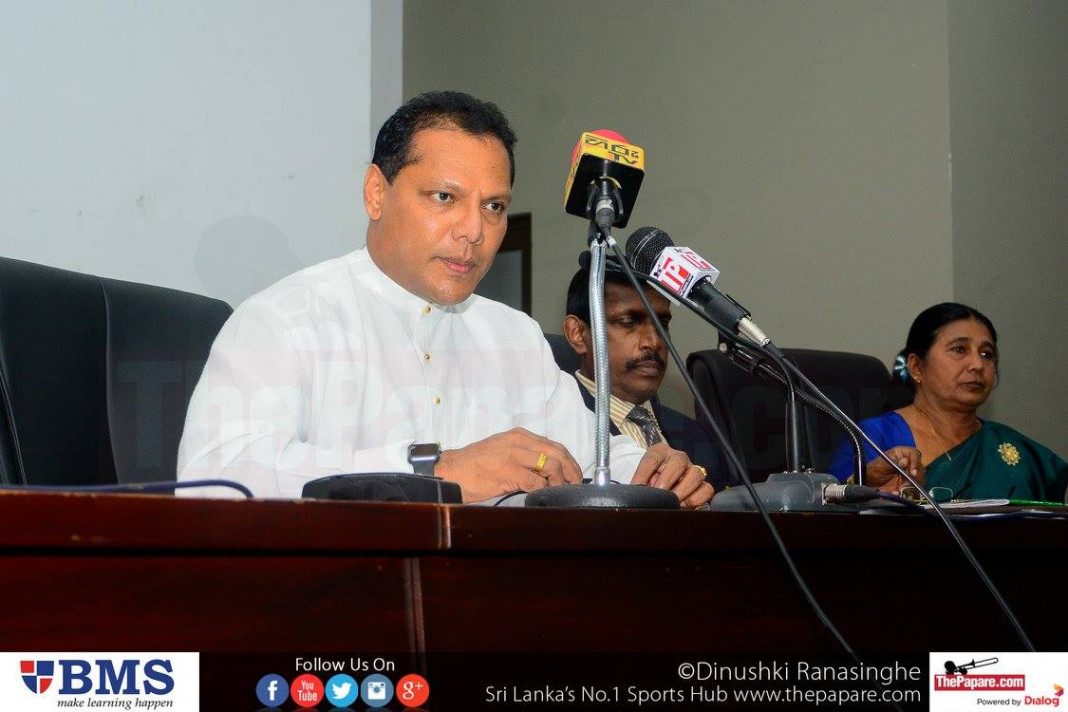 The currently active sports law (1973 no.25) act was amended and the gazette was presented to the media by Sports Minister Dayasiri Jayasekara. The former Sports ministerMahindananda Aluthgamage undertook to amend the act on 2013 January 15 and the final Gazette was presented yesterday.

The new regulations dated 27.10.2016 baring the number 1993/23, includes the amended clauses which brought forward many questions in the Sri Lanka Sports act was officially presented.

The three sub parts are, the names of registered sports clubs and provisions relevant to the constitution of sports clubs are stated. The special professional qualifications imposed so as to be appointed a Treasurer of a Sports Association is highlighted in the new sports amendments.

Additionally, since the day of these regulations will be activated, for a span of three months all sports organizations are to adhere and alter their constitutions accordingly. In the new constitution the age limit to contest in the elections have been reduced from 75 to 70 years or age.

5.(1) (a) Every National Association of Sports shall elect a Committee consisting of such numbers of office

bearers as set out in their Constitution including following:-

(i) the President and vice- President;
(ii) the Secretary and the Assistant Secretary;
(iii) the Treasurer who shall –
(a) be a member of the Association of Accounting Technician of Sri Lanka; or
(b) possess a certificate of certified business Accountant or above issued by the Institute of Chartered
Accountants of Sri Lanka; or
(c) possess a certificate in banking and finance issued by Institute of Bankers of Sri Lanka; and
(iv) an Assistant Treasurer who shall be a person having experience of at least one year in the field of financial management.

——————–
According to the new constitution there will be 6 official positions elected.

Although the 2013 constitution states that the maximum turn in duty was 4 years the amendment has disregarded that particular law moving forward.
—————
(2) Every office bearer of the Committee shall-
(i) be elected at an Annual General Meeting;
(ii) hold office for a period not exceeding four years and be eligible for re-election, for one more term:

Provided however, that such office bearer shall be prohibited from being re-elected to office on

Provided further, an office bearer shall be eligible for re-election unless removed on disciplinary

grounds by the Disciplinary Committee.

Finally the sports minister has informed that in the coming six months all sports bodies must adapt to the rules.