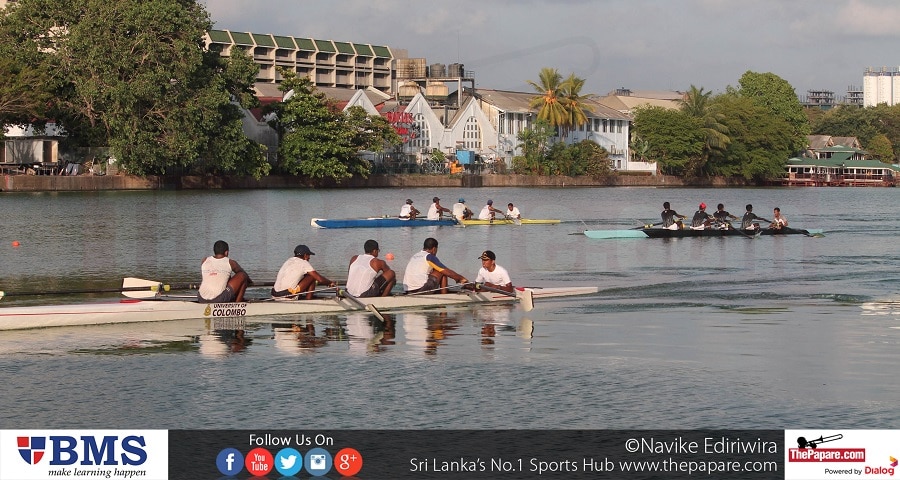 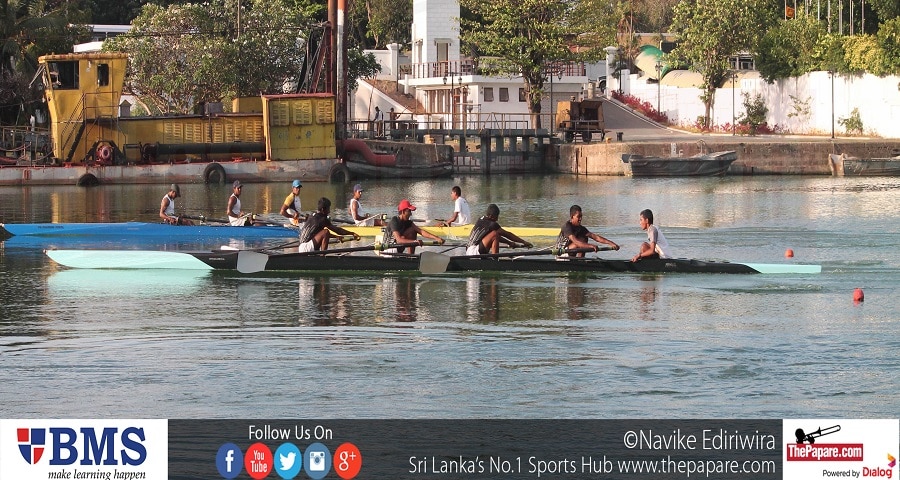 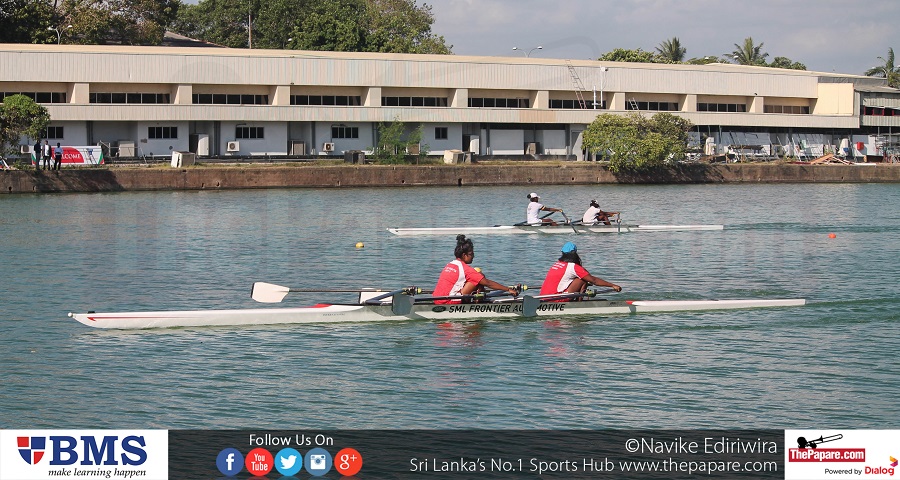 Concluding the rowing season, the South-West Monsoon Regatta featured a number of schools and university crews alongside the crew from the Colombo Rowing Club. The regatta featured a total of 9 events, on the basis of heats with all races rowed down over a 1000-meter course.

Here`s a look at what happened.

The woman`s scull was won by Davina Koch of Ladies` College as she recorded a timing of 4.47mins. Hashen Weerakkody of Royal College won the wardrop scull as he ended the race with the clock on 4.04min.

The highlight of the evening was the Centenary Oar coxless fours race. The Centenary Oar was started in commemoration of 100 years of service by the Colombo Rowing Club, in 1964 (1864-1964). The race was held in an open category.

Sharon Perera (B) and Nihara Warawita (S) of Ladies` College won the ladies’ pairs with a timing of 4.32mins. Lasindu Gamage (B) and Charin Wijethilake (S) registered victory in the RCYC pair with a timing of 3.41min.

The ladies` fours event was won by Ladies` College as Ashvini Subasinghe (B), Kavisha Dassanayake, Shannon Perera, Nihara Warawita (S) and Janediri Fernando concluded the race with a timing of 4.19min.