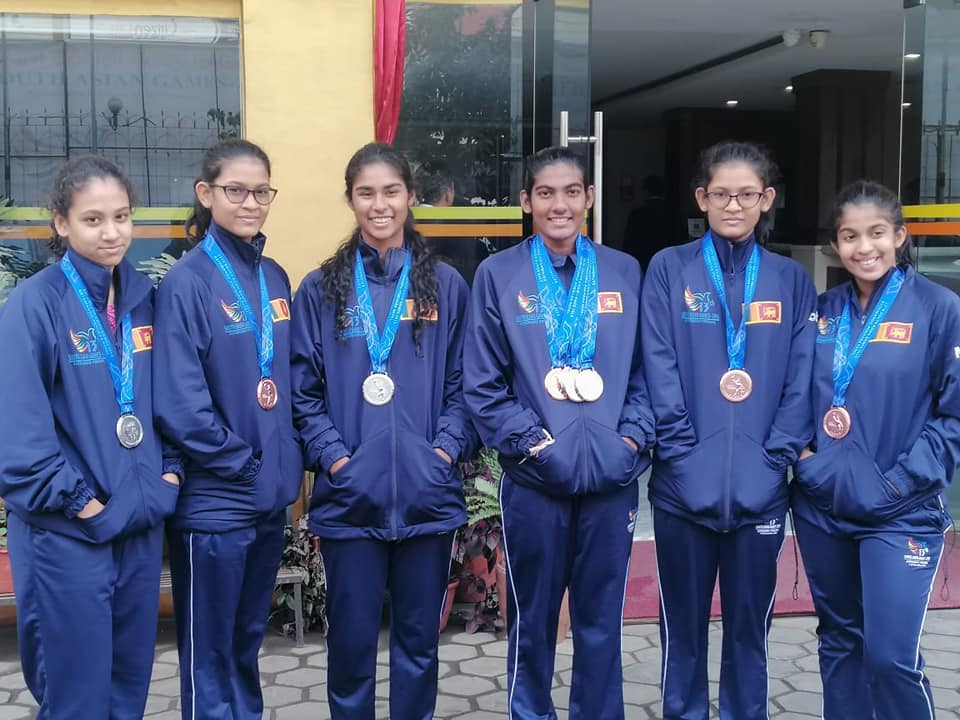 December 2019 posed a true challenge to six of Sri Lanka’s rising young athletes as they sat for their Ordinary Level Examination while competing in the 13th South Asian Games in Kathmandu, Nepal.

Visit our HUB for all SAG news: South Asian Games 2019

Special circumstances which allowed the six athletes to take the examination in Nepal amidst the Games allowed the youngsters to follow their dreams to Kathmandu and compete for their motherland. They all won medals back in December, and now four months later, they have received their second reward for hard work put in academically as shown through the 2019 O/L results released by the Education Ministry today (27).

Alana Senevirathne of Ladies’ College received a Silver medal in the Girls’ Group event in Kathmandu. She has done extremely well in her exams, having obtained 7 As and 2 Bs as her results.

Visakha Vidyalaya’s very own Ganga Senevirathne was a part of the swim team that performed exceptionally at the Games, winning 3 Silver medals and 1 Bronze. She passed her exams with 4 As, 2 Bs and 2 Cs.

The Fencing Twins from Princess of Wales College, Chathuni and Chamodi Karunarathne, won Bronze at the Games. They have also performed brilliantly at their exams, with Chathuni obtaining 9 As and Chamodi receiving 8 As and 1 B.

Aylah Chitty of Ladies’ College received 5 As, 2 Bs and 2 Cs as he results. She also brought back a Silver medal from Nepal for her Team event in Table Tennis.

Yeheni Kuruppu of Visakha Vidayala did well in achieving 4 As, 4 Bs and 1 C in the exams. She brought back a Bronze medal in the Women’s Team event in Squash.

The 13th SAG was these ladies’ debut entry to the Games, and to successfully face such an important examination while bringing nothing but glory to Mother Lanka is no easy feat. They have shown true discipline, as well as what a complete athlete is made of.