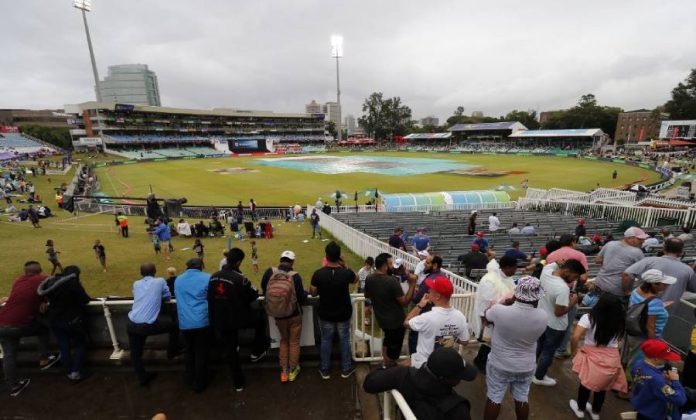 The second one-day international between South Africa and England was abandoned at Kingsmead on Friday after a late start and two stoppages for rain.

South Africa were 71 for two after 11.2 overs at the second stoppage in a match which had been reduced to 26 overs a side. Heavy rain set in and play was abandoned.

Reeza Hendricks made 35 not out off 34 balls for the hosts.

There had been an earlier stoppage at 38 for one after 6.3 overs after the match had already been reduced to 45 overs a side.

England captain Eoin Morgan sent South Africa in, saying his decision was influenced by the likelihood of further rain.

Play resumed after a three-hour delay and Temba Bavuma batted aggressively to make 21 before he was leg before wicket to Chris Jordan. The rain resumed before another batsman could leave the dressing room.

The result meant that South Africa will go into the final match in Johannesburg on Sunday with an unbeatable 1-0 lead in the series.