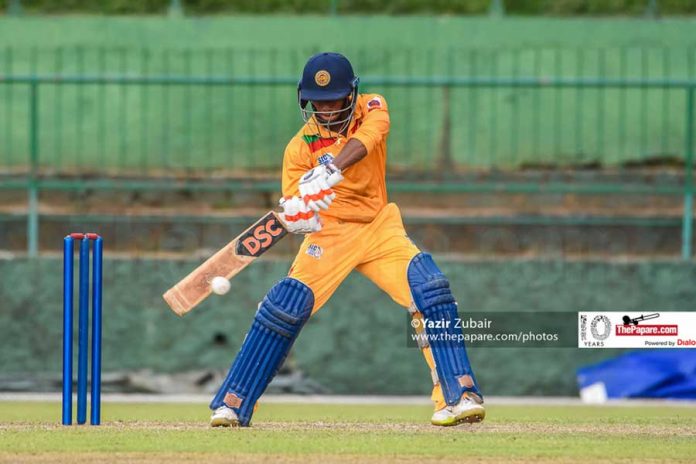 After winning the toss, Sri Lankan skipper, Charith Asalanka decided to use the maximum out of the moisture on the surface and elected to bowl first. There was only one change in the Sri Lankan eleven where the young left-arm seamer Dilshan Madushanka was replaced by the gusty all-rounder Chamika Karunaratne.

Janneman Malan and Wandile Makwetu walked in to open the innings for the South Africans. Asitha Fernando impressed early once again as he got rid of Makwetu in just his second over. He has been brilliant with the new ball throughout the tour.

The home skipper, Raynard van Tonder came in at no. 3. Just as things were starting to look comfortable for the hosts, Chamika Karunaratne struck. Karunaratne found van Tonder’s edge to dismiss him for 23 runs.

Opener Malan was looking solid and had his innings within his controls while South Africa lost 2 wickets for 50 runs in 10.1 overs. He then built up a 70-run partnership with Jason Smith who came in at no. 4.

The hosts were cruising steadily at 120 for 2 when Smith ran himself out. South Africa lost 3 more wickets within the next 50 runs. Malan departed for 60 off a ripper from Lahiru Madushanka which castled him.

A stable 35 from Sibonelo Makhanya meant that the South Africans did not stray too far away from the game. Kyle Simmonds added another quick 35 runs for the cause. Marco Jansen produced a blinder down the order with a gritty and exciting 20-ball 53 runs with 6 sixes and a boundary to give South Africa a comfortable 296 runs for the loss of 9 wickets in 50 overs.

Karunaratne was quick and tidy in the death overs as the right-arm seamer ended the innings with 3 wickets to his name. Asitha Fernando bagged a couple of scalps to assist him in the assault.

Sri Lanka Emerging team got off to a sloppy start in their chase as they lost their hard-hitting opener Sandun Weerakkody and no. 3 Kamindu Mendis in quick succession. Thereafter it was a treat to watch two up and coming youngsters roast the Proteas in their own backyard. Two Sri Lanka U19 graduates, Pathum Nissanka and Charith Asalanka stitched a 137-run stand for the 3rd wicket.

Asalanka who did the bulk of the scoring in the partnership, eventually perished against the speedster Jansen, being LBW, on 91 runs.

Then Nissanka took the wheels as he steered himself to a match-winning hundred which his skipper missed. Sammu Ashan gave him a good hand with 22 runs. Nissanka was undone by Nandre Burger while trying to clear the mid-wicket boundary. The tiny right-hander scored an elegant 104 runs in 104 balls.

Ashen Bandara was at the crease with 26 runs to his name with the star from the previous game, Ramesh Mendis on the other end when the umpires decided that the light was not enough for cricket after seeing a quick bouncer from Burger whizz past Bandara.

Sri Lanka was well over the D/L par by then and won the game by 21 runs.