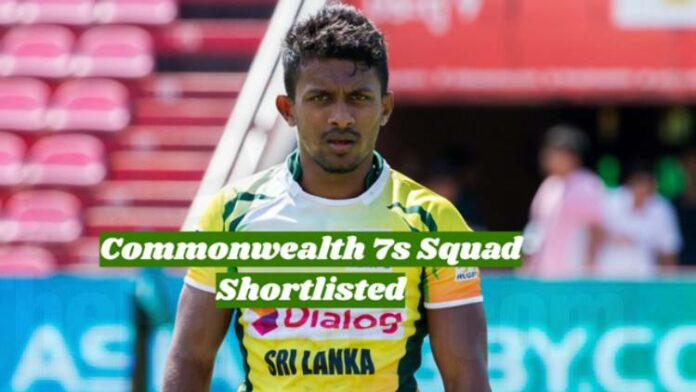 Sri Lanka Rugby under the purview of Director General of the Sports Department held a one-day national trial at CR&FC grounds to shortlist the squad for the upcoming Commonwealth Games and the Asian Games.

ThePapare learns that the selectors have shortlisted a squad of 20 players from the trials held. Veteran sevens specialist, halfback Srinath Sooriyabandara of Kandy SC is tipped to become the skipper of the National outfit for the upcoming competitions. ‘Soori’ is a well-known in the Asian circuit for his game breaking ability and magic feet.

Kandy Sports Club boasts of the highest number of players in the shortlisted squad of 20 with 8 players making the cut. Nigel Ratwatte and Tarinda Ratwatte who were two stand out performers in the club rugby circuit is back in the national fold alongside former National 7s skipper Danusha Dayan and experienced Kavindu Perera.

Another former skipper and sevens specialist, Mithun Hapugodais another welcome name in the squad having suffered from a plethora of injuries keeping him out of numerous opportunities to represent the country. Mithun like Soori is a player that can light up the field with his nippy dancing feet and will be an important player if he remains fit.

S.Thomas’ and Air Force center young Ovin Hettiarachchi has received his first national call up courtesy of the terrific form he showcased for the Thomians in the Dialog Schools Rugby Sevens Western Province competition. It will be a valuable investment for the future with Ovin a lanky enter with a big frame showing great potential of becoming a future superstar.

Adeesha Weeratunga who skippered Sri Lanka the last time the National team competed outside the country has gotten the call up alongside teammate Chathura Senevirathne. Iroshan Silva And Sudharaka Dikkumbura are the only players to get the nod from Police SC and Army SC respectively.

Shortlisted Squad – *Subject to Approval from the Ministry of Sports