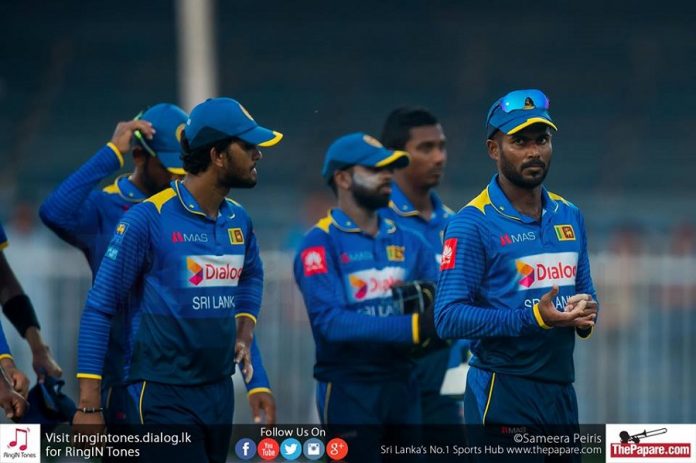 Prior to 2017, in their history of ODI cricket, Sri Lanka had suffered only one 5-0 whitewash. But this year, under Upul Tharanga the team has suffered three 5-0 defeats.

Pakistan inflict third whitewash of the year for Sri Lanka

Pakistan demolished Sri Lanka by 9 wickets in Sharjah to complete.

Tharanga captained the side in the absence of the injured Angelo Mathews in South Africa and Sri Lanka were handed a 5-0 drubbing. After Mathews quit as captain in July, Tharanga was appointed full-time ODI and T-20 captain. The team was whitewashed by India in the home series and then on Monday another heavy 5-0 defeat followed at the hands of Pakistan.

Tharanga, however, was defiant. “It’s the responsibility of the selectors and the board. I don’t want to leave the team and go. The board will decide who will take the team forward,” Tharanga told journalists.

“As captain, I would like to take the blame for the defeats. The batsmen also need to take a fair share of the blame. We have to score as a team. Batsmen can fail two or three games, but not all five games. It’s tough when we don’t perform as a team,” Tharanga added.

It was Sri Lanka’s 12th straight defeat in ODIs and this year, after 26 games, they have won only four matches. Batting has been Sri Lanka’s biggest drawback as they have been kept below the total of 240 in the last 12 games. In the series against Pakistan, Sri Lanka were able to go past 200 runs only twice.

“We repeated the same mistakes. In this game, we were four wickets down in the third over and there was no coming back from thereon. In the last 15 to 18 months, we have struggled with our batting and that has been the main reason why we have come up with below par performances.”

Out of the top six batters, only two managed to score more than 75 runs in the series and Sri Lanka didn’t even come close to beating Pakistan as their margin of defeats suggest. “We had a lot of discussions. We have analyzed what needs to be done. What we have failed to do is to deliver in the middle.

Sri Lanka’s Head Coach Nic Pothas has justified his decision to not..

“What is really disappointing is that these were not unplayable wickets. They were very good tracks. We were just not good enough. Today we tried to change the line-up a little by sending Niroshan Dickwella at number five as he is very good against spin, but we just lost too many wickets earlier on,” Tharanga added.

Pakistan inflict third whitewash of the year for Sri Lanka

Sri Lanka on the verge of another whitewash