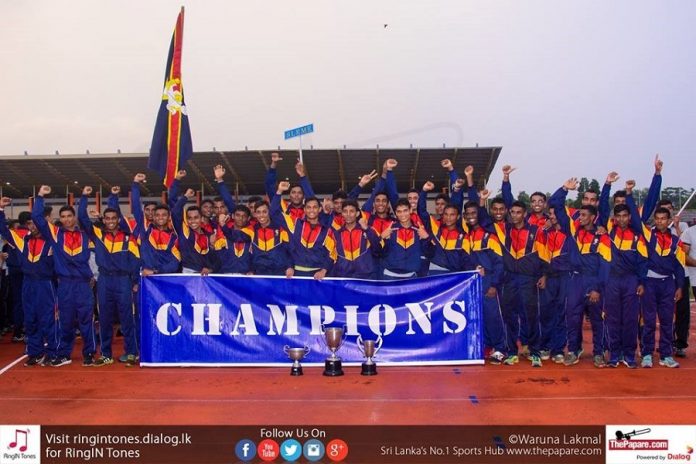 Sri Lanka Electrical and Mechanical Engineers (SLEME) were adjudged the overall champions of the Men’s Category, amassing 284 points, while Sri Lanka Army Women’s Corps (SLAWC) 6(V) was adjudged the overall champions in the women’s category accumulating a total of 264 points. The competition yielded a total of 13 new meet records throughout the three days.

Eastern province athlete CPL A L M Ashraff of SLEME was the fastest male athlete of the competition winning the 100m dash clocking a time of 10.72secs while the national record holder in the heptathlon L/CPL Lakshika Sugandi of SLAWC 2 (V) was the first to the finish line in the finals clocking a time of 12.31secs it was REC M G R S Fardinandas who earned the accolade as the fastest female as she managed to establish a new meet record in the heats of the 100m clocking 12.23secs despite coming second to Sugandi in the final, a fraction of a second behind clocking 12.32secs. 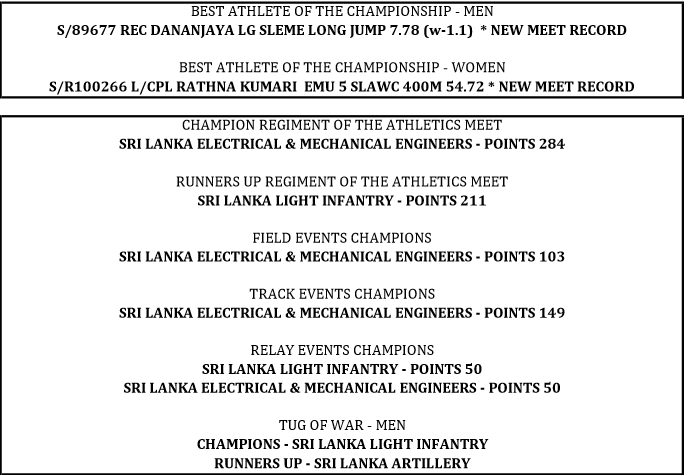 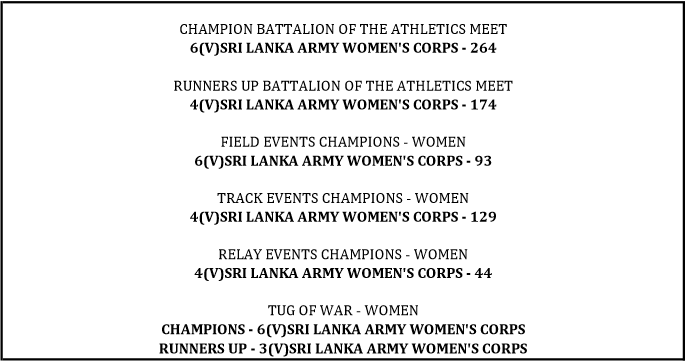 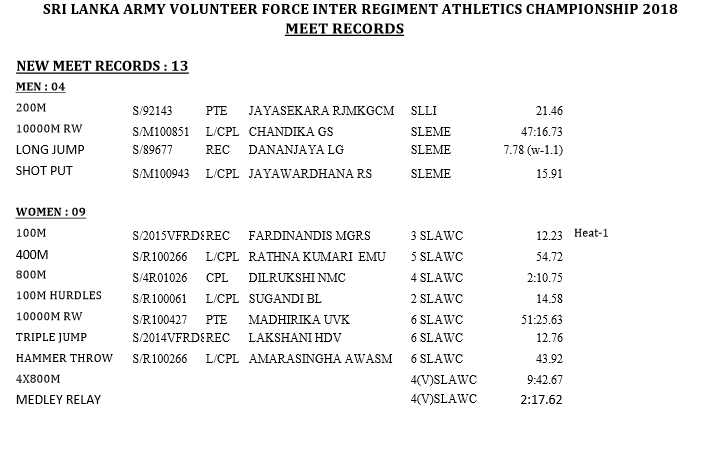