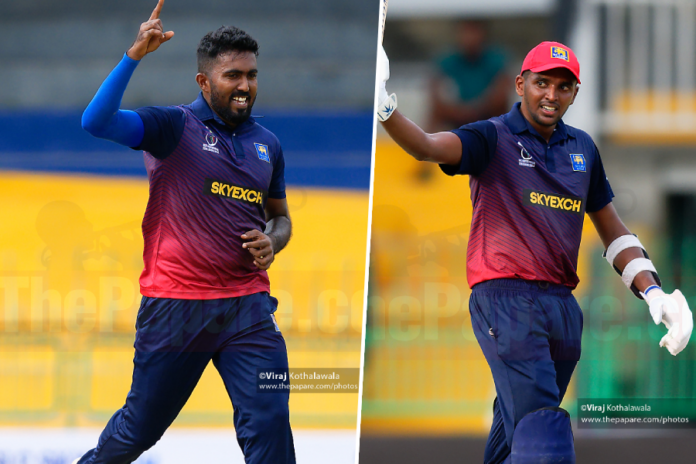 SLC Reds beat SLC Greys by 6 wickets in the first game of the SLC Invitational T20 League 2022, which was worked off today (08th August) at R. Premadasa International Cricket Stadium.

Having won the toss, SLC Reds Skipper Kusal Mendis invited SLC Greys to bat first. The decision turned out to a be great one as they managed to demolish Greys’ top order, dismissing 5 key scalps for just 47 runs inside the first 10 overs of the innings.

Mudith Lakshan (24) and Movin Subasinghe (32) showed some resistance with the bat for Greys, adding a 51-run partnership for the 6th wicket. However, the SLC Greys were eventually restricted to a below par-score of 120/9 in the allotted 20 overs.

The speedster Asitha Fernando was the pick of the bowlers for SLC Reds as he grabbed 4 wickets for 22 runs. The young and quick Matheesha Pathirana and spinner Maheesh Theekshana also starred with the ball, taking 2 wickets each.

In reply, SLC Reds got off to an excellent start to the run-chase as Lasith Croospulle and Kusal Mendis put on a 88-run stand for the opening wicket in 11.6 overs, which set the foundation for a convincing win for the Reds.

Croospulle top-scored for the SLC Reds with a match-winning knock of 54 runs off 44 balls with 8 fours, while the Skipper Mendis stroked 34 runs off 30 balls with 3 sixes.