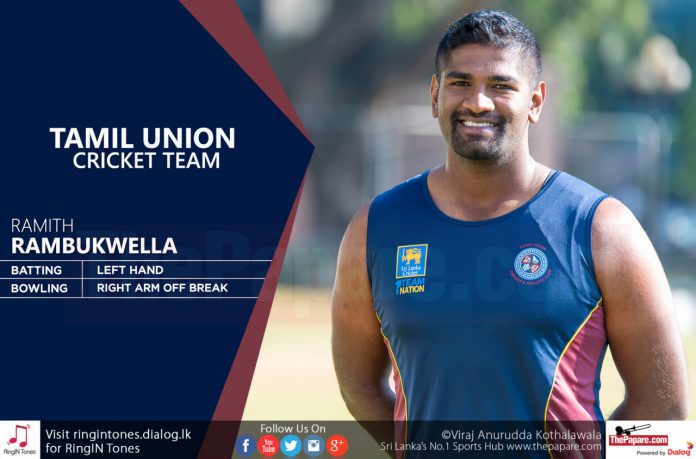 The opening round of matches in the Sri Lanka Cricket (SLC) Premier League began around the island today (30) with the rain hampering most of the matches.

Baduraliya’s Indian recruit Subramaniam Anand top scored in their 244/9 against BRC at the Surrey Village Grounds in Maggona.

Anand was dismissed for 65 while Nadeera Nawala looked in good touch making 57.

The right-arm pace duo of Mohomad Shiraz and Hashen Ramanayake shared six wickets between them as BRC pulled things back during the latter stages of day one.

Irosh Samarasooriya’s half century was the highlight on a tame opening day of the match between Moors Sports Club and Sri Lanka Ports Authority CC.

Pabasara Waduge also chipped in with 42 as Moors reached a respectable 144/4 as rain halted play at the P Sara Oval.

Only 36 overs of play was possible at the NCC Grounds in Colombo as the hosts took on a strong Ragama CC outfit led by Amila Aponso.

It was an even contest between the two teams as rain played a big part once again with NCC making 124/5 with Angelo Perera making an unbeaten 36*.

Right arm off spinner Nishan Peiris – who was added to the Sri Lanka squad for the 3rd Test against England – bowled best for the visitors capturing 2/31.

After an early hiccup, Saracens SC managed to make a respectable score with the discarded Milinda Siriwardena and youngster Ashen Bandara making half centuries.

In another game affected by rain, talented seamer Kavishka Anjula bowled impressively for Colts picking up 3/21 as he troubled the top order of Saracens SC.

The match to watch out for in the first week lived up to its expectations as CCC managed to restrict a strong SSC batting line up to 229 all-out on the opening day.

Most SSC batsmen got starts but none of them passed the half century mark as they were bowled out in 63 overs with Kaushal Silva – dropped from the tour of New Zealand – too scoring with 41.

Lakshan Sandakan who seemed in good form against the Englishmen in the 3rd Test at the SSC – barring the no balls he bowled – captured 4/50, while right arm seamer Lahiru Gamage chipped in with two scalps.

CCC in reply got off to a solid start as they reached 24/0 at stumps on day one.

Chilaw Marians’ new skipper for the 2018/19 season Harsha Cooray led the way with a fighting half century, but Ramith Rambukwella’s five wicket haul meant the Marians were bowled out for just 210.

Yashoda Lanka also made a flamboyant 48 for Chilaw Marians who have been severely affected with their top players from last season leaving the club.

While Rambukwella’s five wicket haul stood out, the Tamil Union outfit were impressive in the field as they bowled out their opponents inside 57 overs.

Tamil Union were in a spot of bother when stumps were drawn at the Marians Cricket Grounds in Katunayake, as they trail the Marians by 179 runs with 8 wickets in hand.