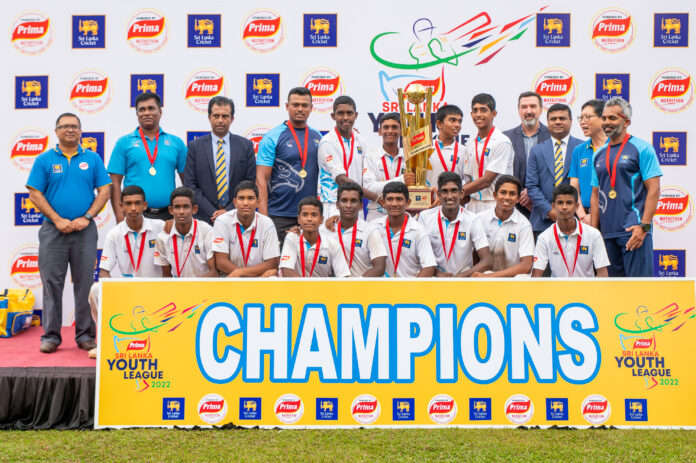 Colombo South emerged Champions of the Prima U15 Sri Lanka Youth League as they defeated Colombo North by 3 wickets in the Final of the tournament played today (29th November), at MCA Grounds, Colombo.

Rashan Nawanjana was the pick of the bowlers for Colombo South as he bagged 3 wickets for 20 runs in his 10-over spell, which included 5 maidens.

In reply, Colombo South too were unable to get a good start with the bat as they lost 4 wickets for 59 runs. However, the opening batter Hiruka Silva and Thevindu Wewalwala turned the game in their favour, building a crucial 57-run partnership for the 5th wicket which set the tone for Colombo South’s victory.

Silva who top scored for Colombo South contributed with 61 runs off 100 balls with 6 fours and a six, sending the Colombo North bowlers on a leather hunt.