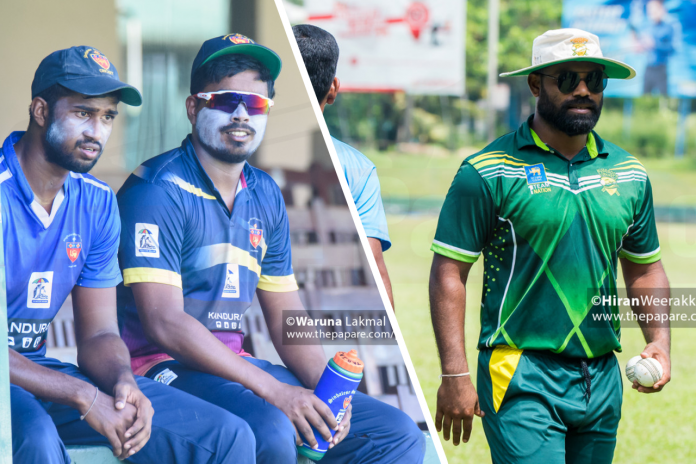 The 5th day of the SLC Invitation T20 tournament 2019/20 saw the twelve games being played including a tied encounter between Police SC and SSC. Janith Silva’s match-winning 5-wicket haul, Irosh Samarasooriya’s century and Dilshan Munaweera’s all-round brilliance were the highlights for the day.

Twelve games of the SLC Invitation T20 tournament 2019/20 were worked off today at different venues.

Group A saw an upsetting win today as the strong Colts CC team was beaten by Moors SC. In spite of the return of national star Avishka Fernando after his tour to India with the national T20 team, Colts CC couldn’t chase down the mere 109 set by Moors SC. Praveen Jayawickrama starred with the ball picking 3 wickets while Fernando top-scored for Colts CC.

In the game between Badureliya CC and Panadura SC, the latter managed to snatch victory despite unbeaten knocks from Harsha Cooray and Umesh Karunaratne. Lahiru Sanarakoon’s half-ton was the highlight for Badureliya CC in their 5-run win. Bloomfield C & AC also recorded a win as they defeated new-comers Unichela SC by 29 runs.

In the Group B games of the day, NCC and Saracens SC registered convincing wins defeating Tamil Union C & AC and Navy SC, both by similar margins of 6 wickets. Maristonian Ashan Fernando scored his debut T20 half-ton for Tamil Union C & AC in a losing cause while Pathum Nissanka and Sithara Gimhan scored match-winning half-centuries for NCC and Saracens SC respectively.

The most interesting match of the day happened between Police SC and SSC at BRC grounds as the two teams ended up in a tie. SSC chasing down 166 finished their allotted 20 overs scoring the exact score with Tharindu Ratnayake unbeaten on 63. With SSC needing 19 runs in the last over, Ratnayake scored 18 off Supun Madushanka, who also scored 54 in the 1st innings for Police SC, including a last-ball boundary to tie the game. Charith Aslanka also contributed to SSC with 64 runs early in the innings.

Champions of the 50-over tournament, the in-form Chilaw Marians CC succumbed to Army SC falling short by 31 runs as medium-pacer Janith Silva starred for the soldiers with a 5-wicket haul. Chilaw Marians CC skipper Shehan Jayasuriya’s 72 went in vain at the newly built SLAOC International Stadium in Dombagoda.

In the other two games of the group, Air Force SC and Negombo CC register wins over Kalutara TC and Kurunegala Youth CC respectively. Negombo CC skipper Dilshan Munaweera’s all-round efforts of 55 runs with the bat and 4/35 with the ball stole the limelight at Colts grounds.

BRC had an easy game against SL Ports Authority CC as they won by 8 wickets with the help of Raminda Wijesuriya’s half-century after Yohan De Silva top-scores for SL Ports Authority CC with 58. CCC had to work hard for a win against Lankan CC as they managed to get over the line by 1 wicket in the final over. Malinda Pushpakumara sealed the win for them with a boundary off Sahan Nanayakkara after the 9th wicket fell in the previous ball. Keshan Wijerathne was the star of the game claiming a 5-wicket haul for Lankan CC.