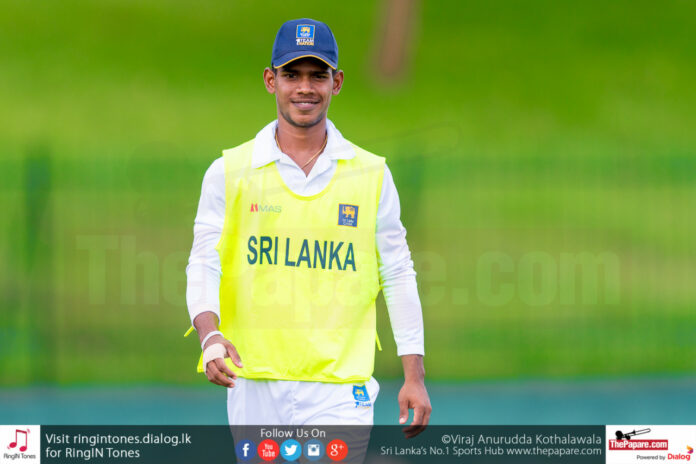 Pathum Nissanka has earned a much looked forward to maiden call-up to Sri Lanka’s Test squad for their 2-Test series as part of the Tour of the West Indies; Sri Lanka Cricket released the 17-member squad a short while ago after having it ratified by Sports Minister Namal Rajapakse.

Sri Lanka has gone with an experienced batch of players to take on the Men in Maroon who are coming off a stunning Test series win in Bangladesh.

The Lankans will have plenty of options to chose from in both the batting and bowling departments, but will miss the services of Kusal Perera and Lahiru Kumara in particular as both played vital roles in Sri Lanka’s last Test tour of the West Indies, where the Lions managed to secure a 1-1 draw in the 3-match series. Perera is out due to injury, while Kumara will miss out after having tested positive for COVID prior to the team’s departure to the Caribbean.

Apart from those two, Dilruwan Perera and Kusal Mendis are two other prominent names missing from the Lankan line-up. Perera had a poor showing against the Englishmen at home, picking up just 5 wickets in the 2 Tests. Meanwhile, Mendis will sit out the series due to injury.

Nissanka will be the only new face in the squad. The right-hander has impressed in domestic cricket so far, boasting an average of 67 in First Class cricket. The 22-year-old will look to make this a landmark trip for him, having made his T20I debut too in the 1st game of the tour.

Lahiru Thirimanne, Dhananjaya De Silva, Roshen Silva, Vishwa Fernando, and Lasith Embuldeniya, who are not part of the white ball leg of the tour, will leave for the Caribbean tonight and join the team after completing the mandatory quarantine requirements.