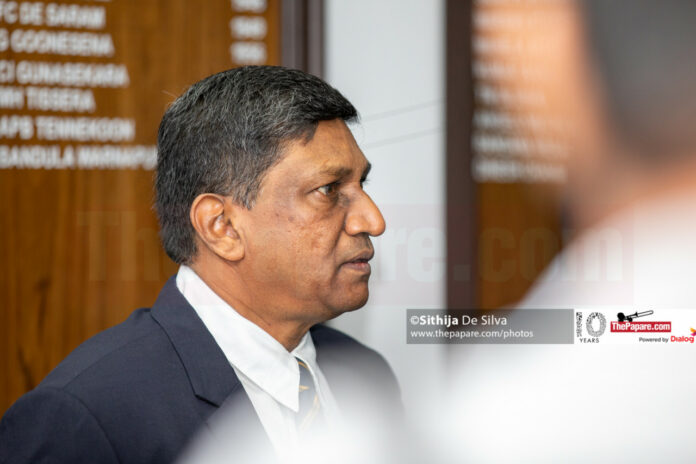 Sri Lanka Cricket has instructed Team Manager Asantha de Mel to submit a report pertaining to the rumours of sexual misconduct involving a national cricketer and a female health official who has been assigned to the team.

Earlier this week, social media was abuzz with rumours of inappropriate behavior involving a member of the Sri Lanka Test team and an official, with several media outlets reporting that an incident allegedly between the two took place during the 1st Test match between Sri Lanka and England.

Head Coach Mickey Arthur was the first to publicly deny the allegations on his Twitter account, however Sri Lanka Cricket issued a clarification, indicating that Team Manager De Mel has been asked to submit a report on the incident in order to find out the veracity of the said news reports.

The media release from Sri Lanka Cricket also stated that ‘an inquiry will be conducted into the alleged incident, if the findings of the report warrant such an inquiry. SLC holds a zero-tolerance policy against misbehavior and stern action will be taken against any party if proven guilty’, indicating that the situation is by no means being taken lightly.

Sri Lanka were humiliated in the 1st Test, being bowled out for 135 in the first innings and will look to put the off-field drama behind them as they attempt to level the series when the 2nd Test begins tomorrow (21).