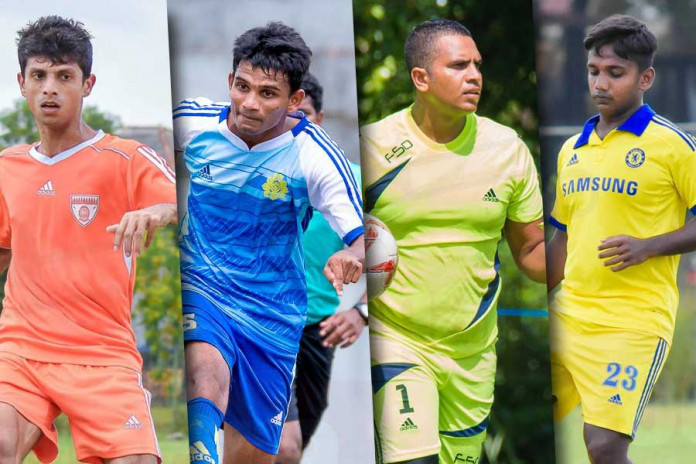 It was an early goal from Zameel Thalib that separated the two sides in a close encounter. SLLI tried valiantly to equalize but the experienced SLASC, with a few Premier League players kept SLLI at bay.

From the opening whistle SLAC looked to defend against the more attacking SLAOC. SLAC frustrated SLAOC with stout defending taking the game into penalties, knowing they had the experienced Army goalkeeper Mohamed Ajimal to give them the advantage.

The strategy bore fruit as Ajimal was able to save two penalties as SLAC won 4-3 in the penalty shootout.

Last year’s champions MIC, came up against SLNG which had a host of Army defenders while MIC too had a couple of Army forwards setting up an interesting battle.

After a goalless first half it was M.C.Priyadarshana who scored for MIC 5 minutes into the 2nd half. Matters became worse for SLNG who had their center-back Asikur Rahuman sent off for a 2nd bookable offence.

Even with 10 men SLNG tried hard to get the equalizer but there was no way through the MIC defence.

GW led 2-0 at half time with goals coming from H.G.Shantha and D.S.Gunasinghe. In the 2nd half Gunasinghe scored his 2nd to give last year’s runners-up an easy win.