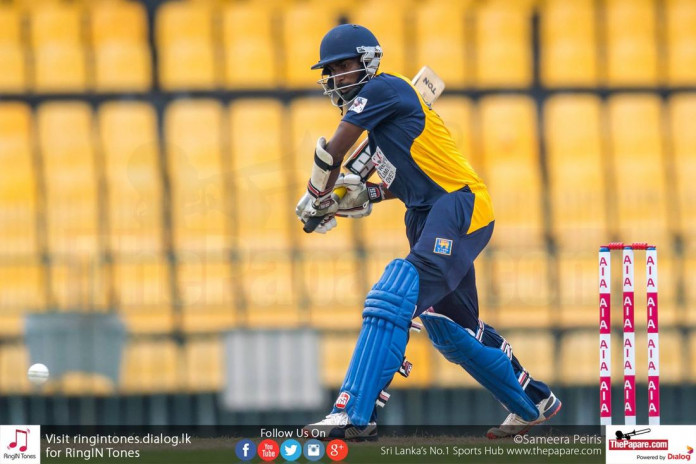 At the back of a thrilling run chase  a few days back, Sri Lanka put up a disappointing performance with both bat and ball in the fourth match of the tri-series. The home side won the toss and elected to field first. Sandun Weerakkody perished early but Sadeera Samarawickrama and Hashan Dumindu put on a good partnership for the 2nd wicket. Sadeera for the fourth consecutive time got a start and just gave away his wicket for 27 runs.

In form Lahiru Milantha was dismissed for 11 runs shortly afterwards. It was skipper Rumesh Buddika and Hashan Dumindu who resurrected the Sri Lankan innings. Buddika scored 43 runs in that partnership while Dumindu edged closer to the three figure mark. The rest of the batters tried to up the ante but failed to do so. On the other end Dumindu reached his century, the first century for the Sri Lanka team in the series. The Lankans ended up at 240 for 7 at the end of 50 overs.

Sri Lanka’s only way of winning this match was to take all ten wickets and they started off well. The top three were back in the pavilion for just 79 runs. Leus Du Plooy and skipper Marques Ackerman consolidated for the home side as they gradually got closer to the target. Du Plooy scored 47 runs before he was dismissed by Priyamal Perera.

Ackerman carried on until the very end and scored an unbeaten 82 runs to guide his team over the line. He was supported well by Patrick Kruger who scored 31 runs. SA Emerging got over the line with 15 balls to spare and 3 wickets in hand.