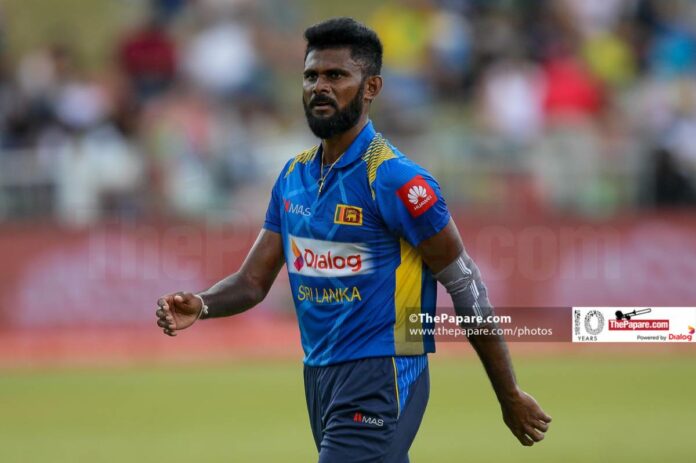 Udana has handed a letter in this regard to Sri Lanka Cricket (SLC) today (31st July), which states his willingness to retire from International Cricket in order to make way for the next generation of players.

“I believe the time has come for me to make way for the next generation of players. It is with immense pride and passion, and unfathomable commitment, that I have represented and served my country,” Udana said in his letter notifying his decision to SLC.

Udana made his international debut in T20Is in June 2009 at the age of twenty one, and followed it with ODIs in 2012. However, Udana hasn’t represented Sri Lanka in Test cricket.

In a career that spanned for 12 years, the fast bowler has played 21 ODIs and 35 T20Is for Sri Lanka with the latter being his specialization.