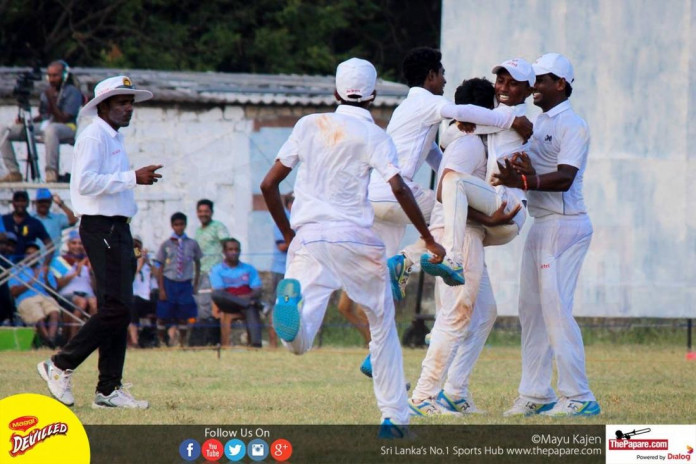 The historical cricket event of the North, ‘The Battle of the North’ saw the end of the second day’s play with Jaffna Central College reaching 164 for the loss of 6 wickets after bowling out the St. John`s College lads in their first innings for 163.

As the Johninan`s started the chase to reduce the deficit they barely succeed as they were able to lead the game with only one run. Six wickets were tumbled in the course of 28 overs as they ended their first innings for 163.

Jaffna Central College boys dominating every department scored another 164 runs during the final two sessions for the loss 6 wickets. Skipper Amal Raj top scored with 34 runs and put on a crucial third wicket partnership together with Kowthaman.