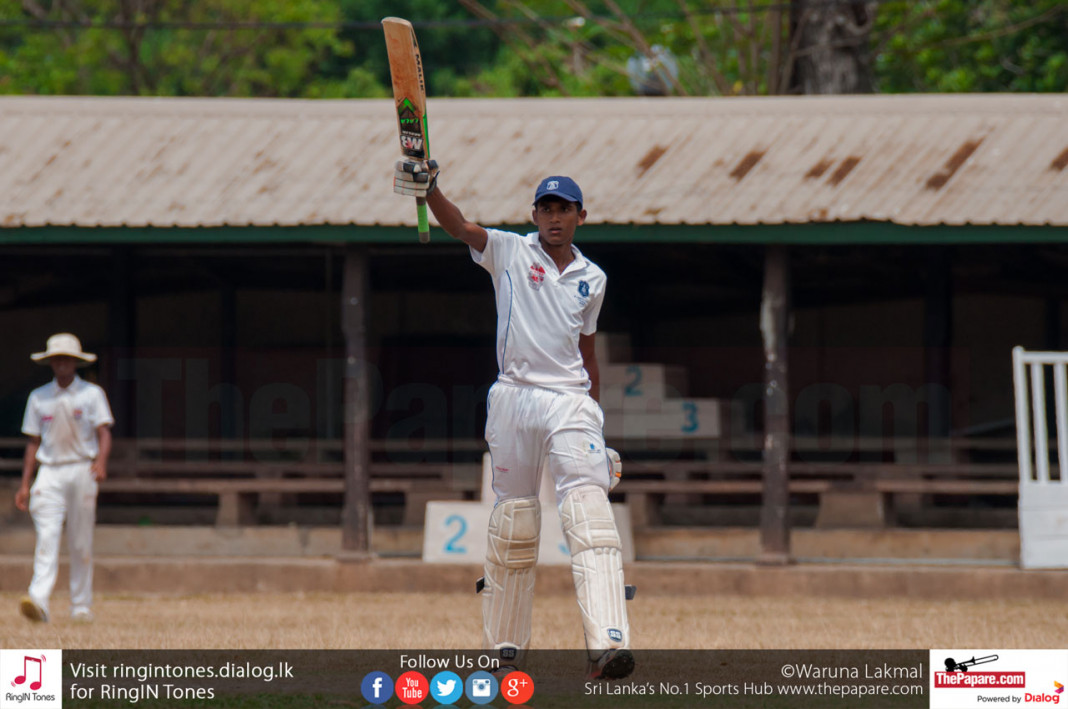 All-rounder Malshan Rodrigo slammed the first century for St. Joseph’s College in the ongoing under 19 division one cricket tournament 2015/16 in their drawn encounter against Prince of Wales College which ended on Saturday at Darley Road.

The visitors won the toss on Friday morning and opted to bat first. Sanoj Darshika’s unbeaten 51 was the standout performance as the other batsmen failed to capitalize on excellent batting conditions. The lads from Moratuwa was bowled out for only 149.

Left-arm spinner Harin Cooray took 4 for 50 to complete 50 wickets for the season while right-arm seamer Thashan Perera and Malshan Rodrigo shared 5 scalps between them.

The hosts’ were given a sound start by their openers, Revan Kelly and Kevin Corteling who made 35 and 33 respectively but they were 185 for 6 overnight.

Right-handed Malshan Rodrigo used the long-handle perfectly to record an unbeaten 101 runs in 90 balls with 7 boundaries and 2 sixes. Incidentally, this is the first century for the boys from Darley Road this season even though they have won 5 outright games.

Malshan and Thashan steered the Josephians to a mammoth 333 for 7 before declaring their innings with 20 minutes left to the lunch break on day two.

The visitors produced a brilliant and gritty batting performance to bat out till end of day’s play and avoid an outright defeat. Vihanga Weerakkody and Vishwa Peiris made 86 and 60 respectively for the Cambrians as they made 256 for 5 in 72 overs.