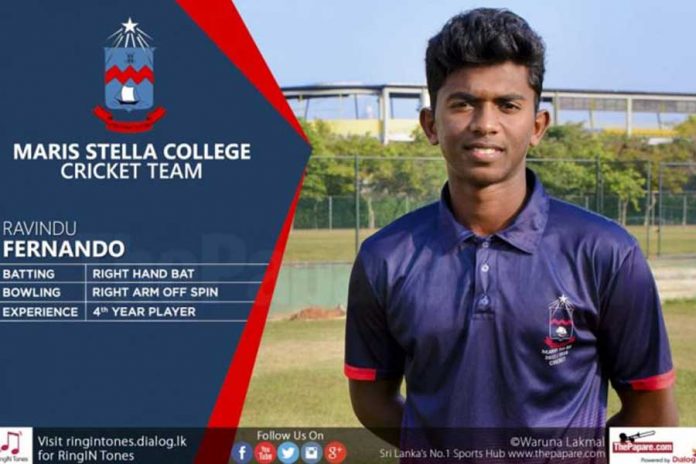 The boys from Negombo were quick to make rectifications as they made up to their poor batting by undoing 6 of the St. Servatius’ batsmen for just 91 runs by the end of day one.

The start of the game was delayed due to wet ground conditions earlier on the day. St. Aloysius’ skipper won the toss and elected to field in the slow and sloppy conditions.
Madusanka Samith and Sandun Madushanka bowled brilliantly as the pair accounted for 9 wickets of Lumbini College. Lumbini only managed a 130 runs with a lot of difficulties. Pasindu Pamoditha was the only batsman to shine as he made a vital 49 runs.
In reply, St. Aloysius’ were at 9 runs for the loss of 1 wicket by stumps. The game will resume tomorrow for day two.