Home Badminton Who shuttled their way to the 2018 Commonwealth Games? 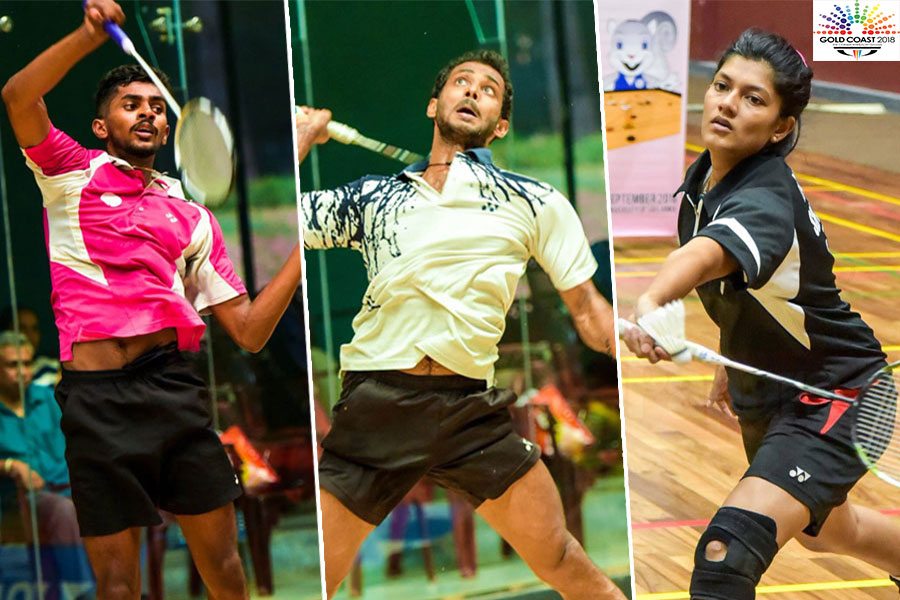 The Karunaratne brothers, Dinuka and Niluka, will be returning to the commonwealth stage as key players for the team this year as they hold the current highest ranks in the badminton world rankings. Niluka with a world rank of 118 will get back to the international circuit after a bit of a drop in participation. Having a rank of 73 in 2017, Niluka will be looking to perform at his highest ability at this years’ commonwealth games to bring glory to Sri Lanka.

Niluka Karuranaratne is the most senior and experienced campaigner in the Sri Lankan contingent with a world rank of 118. The plunge in ranking from 2017 (Rank 73) can be attributed to lesser participation in the international circuit during the recent past. Niluka will be participating in the 3 events in Australia – Singles, Doubles and the Mixed Team Events.
Thangarajah makes thundering comeback
Dinuka Karunaratne will join his brother to partake in all three categories as well. Dinuka is currently ranked 206th in the world in the singles category and is tied with Niluka at 202 in the men’s doubles. Dinuka will enter in the singles, doubles and mixed team events.
Buwaneka Dullewa and Sachin Dias will cap the team for the Men’s team as the third and fourth players. Dullewa will take on all 4 events – singles, doubles, mixed doubles and the mixed team event while Sachin Dias will try his luck in the doubles, mixed doubles and the mixed team event.

For the Sri Lankan ladies, there will be one returning member from the 2014 Glasgow Commonwealth Games – Thilini Hendahewa. Thilini will be partaking in all four categories this year. Kavidi Sirimannege will put in her efforts in the mixed doubles and mixed team events. Hasini Ambalangodage and Madushika Dilrukshi will cap off the team for the ladies taking up the last two spots.
Duminda Gamage will act as the team manager for the mens team while Nishantha Aluthge will take on the Women’s team. Tony Wahyudi and Dhanesh Malliyawadu will take up duties as the coaches for the two teams