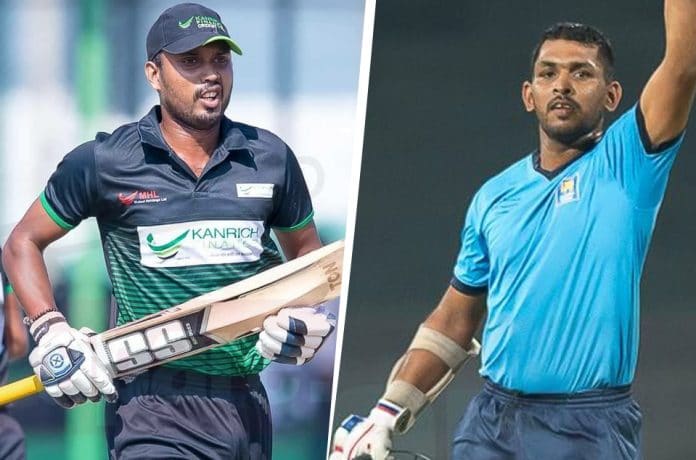 The fourth week matches of the Sri Lanka Cricket (SLC) Premier League Tier A Tournament began around the island today.

The Bloomfield fast bowling duo of Imran Khan and Lahiru Samarakoon shared six wickets between them as Moors SC was bowled out for 163.

Bloomfield drove home the advantage on the back of a Nisal Fransisco half ton as they reached 132/4 at stumps trailing just by 31 runs.

A classy century from former Sri Lanka Test opener Tharanga Paranavithana put Tamil Union in a strong position in their match against BRC at the P. Sara Oval. Former Peterite Dineth Thimodya also chipped in with a half century as Tamil Union ended the day on 288/6 with Vikum Sanjaya picking up two wickets for the visitors.

All-rounder Maduka Liyanapathiranage hit a fighting century as he led Ports Authority to 328/8 at close.  He got very good support from wicket-keeper batsman Prashan Wickramasinghe who was unfortunate to miss out on a century being dismissed for 88, while Sri Lanka A cap Alankara Asanka captured six wickets for Badureliya SC.

Chilaw Marians stamped their authority in their game against a hapless Army unit, as they reached 418/4 declared at stumps.

The highlight of their innings was a mammoth unbeaten 181* by former St. Sebastian’s College, Moratuwa batsman Oshada Fernando, while the aggressive Shehan Jayasuriya hit 118 off just 108 balls. The duo was also involved in a 181 run stand for the second wicket.

Sachithra Serasinghe also chipped in with a century as the soldiers toiled all day along with right arm seamer Janith Silva capturing two wickets.

Ashan Priyanjan, Madawa Warnapura and Kavin Bandara all hit half centuries as CCC registered 314 all-out in their first innings.

Left arm quick Akthab Cader was the most successful bowler for SSC picking up three wickets while Kasun Madhusanka and Sachithra Senanayake picked up two wickets each.

SSC closed the day on 24/0 and will look to build a stable platform come day two through their solid top order.