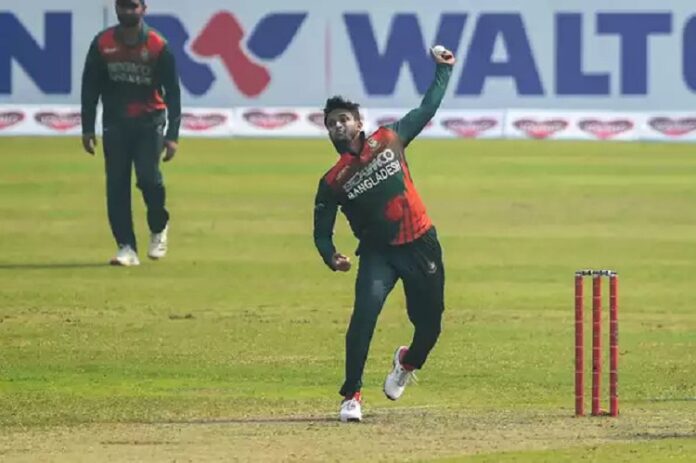 Bangladesh Cricket Board officials said on Saturday that seven of their cricketers named in the draft of the Lanka Premier League 2 will not be available from the start of the tournament due to national commitments.

The LPL is scheduled to be held from July 30 to August 22 this year in Sri Lanka while Bangladesh is expected to host a five-match T20 series against Australia from August 2 to 8 at the Sher-e-Bangla National Stadium in Dhaka.

Bangladesh is also scheduled to host New Zealand and England after the Australia series as they prepare for the upcoming ICC World T20 in UAE and Oman in October-November.

Bangladesh’s all-rounder Shakib Al Hasan, Tamim Iqbal, Mahmudullah, Mehidy Hasan, Taskin Ahmed, Liton Das and Soumya Sarkar are the ones who have registered for the LPL.

”They (Bangladeshi cricketers) will not be available from the beginning of LPL as we have series against Australia,” BCB cricket operation chairman Akram Khan confirmed Cricbuzz on Saturday. ”We also have other series lined up but in between, we have some time and they can go at that point and play in the LPL,” he said.

Akram also cited the contracts where players have to give their first priority to national duty. BCB had introduced a new clause ahead of finalizing their national contract list after national stalwart Shakib Al Hasan opted out of the Sri Lanka Test tour to make himself available for Indian Premier League.

BCB has sent a separate letter to the national contract probables to know about their availability in the upcoming year. BCB is yet to disclose the names of contracted players for 2021, but it is learnt that 22 cricketers received the letter from the board and 18 of them will get a central contract.

”All the cricketers are ready to take part across format and they have informed national duty is their first preference,” said Akram. ”They have said that if they are picked and if they can manage to have time to play in LPL they will play there but not at the expense of skipping any national duty,” he said.

Akram’s admission that all cricketers are ready to play across format eventually cleared Shakib’s stance regarding his immediate Test future as there were speculation that he was not ready to continue to prolong his Test career after he decided to skip two-match Test against Sri Lanka for IPL. The BCB president earlier said that Shakib and Mustafizur will not be available in IPL