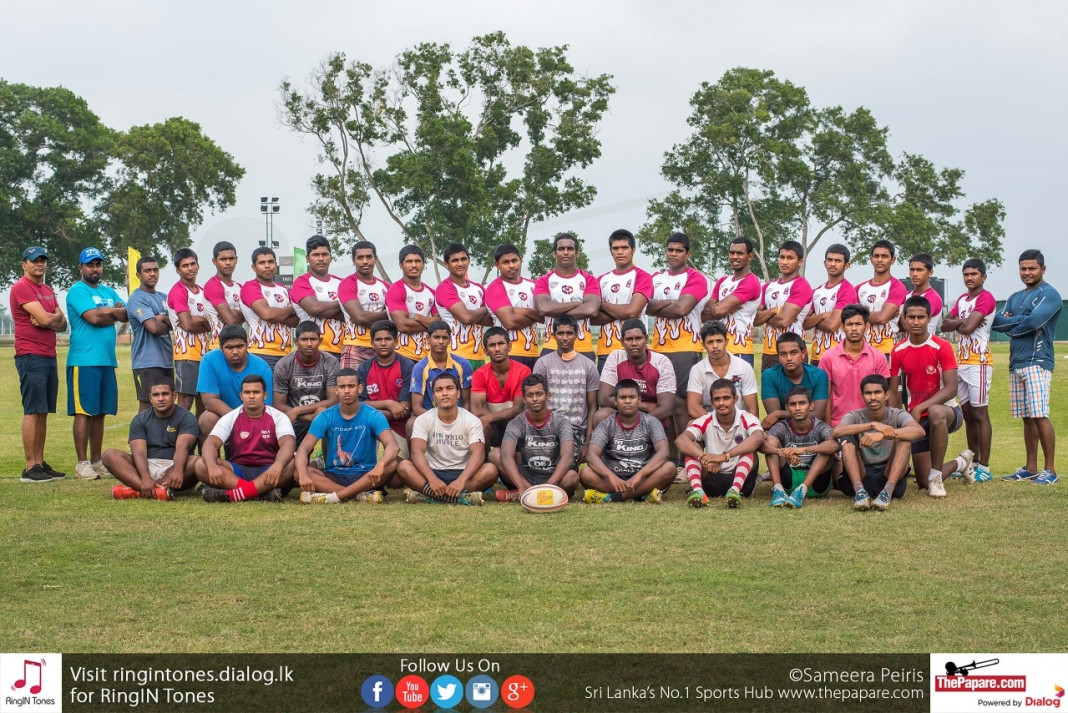 Back in the 2010-12 era, your impression of the school Science College, Mount Lavinia, would have been something like this; “A school which had the luck to creep into the top division and are surviving, hiding under the shadows of the top elite”. Five years down the line since their entrance into the A Division in the Schools Rugby League, the lads from Science College have emerged an a champion outfit and are known as a superlative force in the country.

When it was only the elite in the country that played top level schools’ rugby, a school down in Mount Lavinia envisioned a plan to make it to the top. In the year 2000 the Science Old Boys fraternity got together to rally around the sport in order to take them to the desired objective. From being outlaws that challenged the system, Science College started their journey at the Ratmalana Station grounds where they first started practicing. The construction of a ground proved to be quite beneficial to the school and by the conclusion of the 2010 season, Science College had got the ticket to the A Division.

From humble beginnings in 2011, Science College held their nerve to survive in the top division for a stint of four years and it was in 2015 that Science hit the gas pedal. Playing nine games last season, Science were able to win six of them. The Science team that was led by Lasindu Ishan registered wins against St. Joseph’s, Kingswood, St. Peter’s, S. Thomas’, St. Anthony’s and Dharmaraja. Their three losses were to Royal, Isipathana and Trinity College, giving them the fourth spot on the league table.

Getting the ticket to the knockouts, Science achieved the unimaginable. Establishing their supremacy, Science marched on to the knockout finals defeating St. Peter’s College. They then defeated tournament favourites Isipathana to be crowned President’s Trophy champions for the first time.

The season so far

An early exit in the quarterfinals of the sevens championship would have let down the spirits of the Science lads but a win in the Under 18 Sevens tournament was a consolation for the team. This was the second occasion that Science won the under 18 title and it gives indications as to the young talent in store at the school.

Fifth year player and the heavily built Nirosh Udayanga takes control of the Science College lads this season. Filling the shoes of his predecessor will be a difficult task but with his experience, Udayanga hopes that he will be able to play the role that Lasindu Ishan played. Playing at center, with his height and weight, he will be a threat in the Science attacking line.

The Science lads have always been fast movers and their game plan is to make use of their speed. The Maduranga brothers have been the bolstering force behind the Science line and the senior Maduranga will take his spot alongside skipper Udayanga as second center.

19-year-old Thanuja Maduranga was Science’s moving force last season with his sprinting runs and with his kicking. He will continue to be Science’s 1st choice when it comes to kicking. Alongside Thanuja will be his younger sibling, who will take his position as Wing, and will look at getting the important points for his team this season.

The Science forwards will be led by the fifth year player and flanker Udesh Madushanka who will add in the extra force for the Science forwards. Aiding him will be Charith Janitha. The Science lads saw a makeover in their forwards last season with the inclusion of Lasindu Ishan and they would look to keep up the standards from last year.

There wouldn’t be anyone who would know the Science College boys better than Amila Chaturanga. The departure of Collin Denish after a successful stint last season will be a letdown, but with the good old mentor still in the camp, Science cannot ask for anyone better. Former Kingswoodian and national coach Ronnie Ibrahim will take up a consultant role for the team and together Science will have a strong coaching unit in place.

In conclusion, Science College have compiled for themselves a young, fast moving outfit for the 2016 season and after their triumph last season, they will look to embark on a new era of dominance.