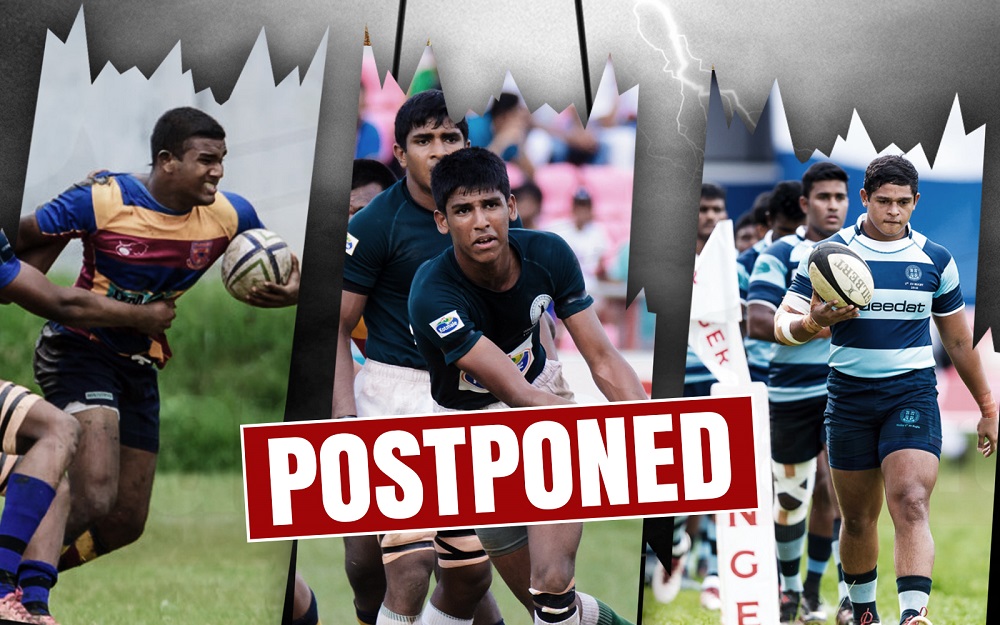 Following the aftermath of the incidents that took place over the weekend, the Singer Schools Rugby League has been halted on the orders of the Minister of Provincial Councils, Local Government & Sports Faiszer Musthapha until an agreement has been reached amongst the schools.

Last week in the Singer Schools Rugby League was not at its best (albeit the brilliant rugby)with school games seeing interruptions from the fans as games ended up in an unruly manner.

Taking into account the incidents that took place over the week, the Minister Faiszer Mustapha has instructed the Sri Lanka Rugby Referees Society to not permit any referees for the schools rugby games.

“This is seen as a threat to the deputation of school rugby. Consequent to the discussions I had with SLR & Referees Association it was decided no referee will be permitted at the ongoing school tournaments until a discussion is held with SLR, SLSRFR, Schools Association, Education Department & School Authorities to resolve this issue and instil discipline in rugby” the minister added in a communication addressed to media.

Therefore, all matches scheduled for this week in the Singer Schools Rugby League has been postponed for an indefinite period.

Speaking to ThePapare, secretary of the Sri Lanka Schools Rugby Football Association (SLSRFA)Nirodha Wijerama added the following on the incidents, “After the meeting that took place between the schools following the advice from the minister, all matches in this week in the league will be postponed. We will meet once again on Friday to discuss matters.”

The games in the Cup and Plate tournaments along with the Bowl, Shield and the Division II games will be postponed for this week. The SLSRFA will once again meet on Friday and assess the situation to take a decision.

It was a crucial week in the league with two key games in the cup championship where St. Peter’s College were facing St. Joseph’s College while at Havelock Park it was the Royalists who were facing Isipathana.

Under 16 Tens Tournament to kick off in Kandy