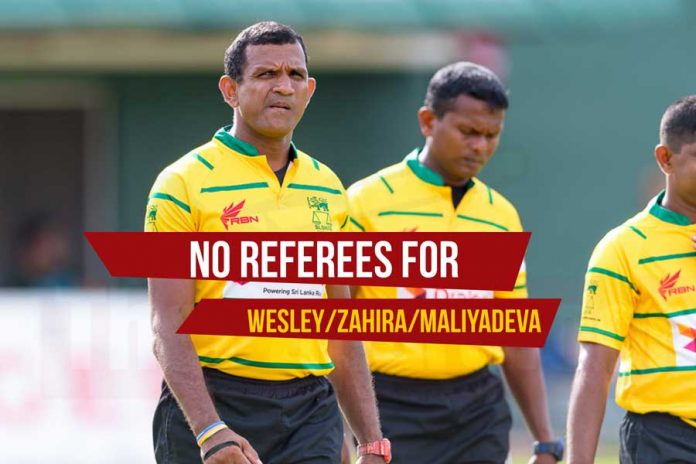 Following a few unsavoury incidents that took place over the week in the Singer Schools Rugby League, the Sri Lanka Rugby Referees Society (SLRRS) has made the decision not to officiate in any games involving Wesley College, Maliyadeva College and Zahira College until a consensus is reached with the tournament organizers.

The Wesley v Royal game had to be halted midway through as the referee tried to get spectators from both teams further back from the designated playing area. Soon after the game a brawl broke out between the spectators of the two teams; the referee was escorted safely out of the ground following the full time whistle.

The match where Maliyadeva hosted S Thomas’ saw the hosts’ fans taking matters into their own hands rushing on to the field at the conclusion of the game in an attempt to get to the referee, but fortunately the he went unharmed.

Speaking to ThePapare on the incidents that took place, President of the SLRRS, Nizam Jamaldeen confirmed that the organization had come to a decision not to blow at any game involving Wesley, Zahira or Maliyadeva until middle ground is reached regarding safety of the officals.

“We will not be giving referees for the games where these three schools (Wesley, Zahira and Maliyadeva) will play, irrespective of whether they will be playing at home or away.”

“I have conveyed this to the President of the Sri Lanka Schools Rugby Football Association as well as the secretary and there needs to be some action taken before we officiate once again” he further added.

Matters heated up at the Zahira vs St Joseph’s game when the Zahira College head coach Shamly Nawaz was shown a yellow card by referee Aruna Shantha and as a result of the statement Nawaz had made to DailyMirror on refereeing, the SLRRFS will temporarily halt the referees from blowing at  Zahira games as well. 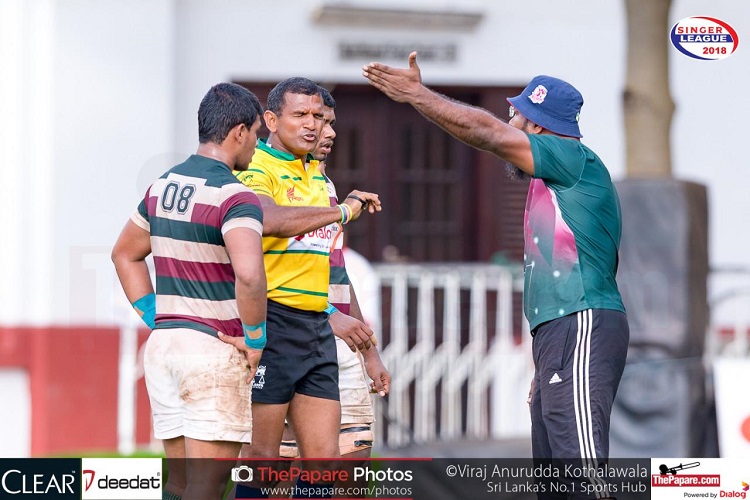 “There are procedures if you want to report an incident on the game. These have been communicated to the schools and the coaches before the start of the season. There are formalities that need to be addressed”

ThePapare contacted the Sri Lanka Schools Rugby Football Association on the matter and President Ranjith Chandrasekara added that they are yet to receive a report on the incident from the referees.

“I have not been informed of the incidents so far. Once we get it, we will hold a review on the meeting and then assess the situation” he added.

Spectators taking to violence at games is nothing new in this Schools Rugby format. This week’s games let down to the spirit of the game where spectators had disrupted proceedings on many occasions.

Yesterday’s Plate segment game between D. S. Senanayake College and Science College also saw the game seeing a disappointing finish with fans assaulting the D. S. Senanayake players, it is to be seen what action will be taken regarding this.