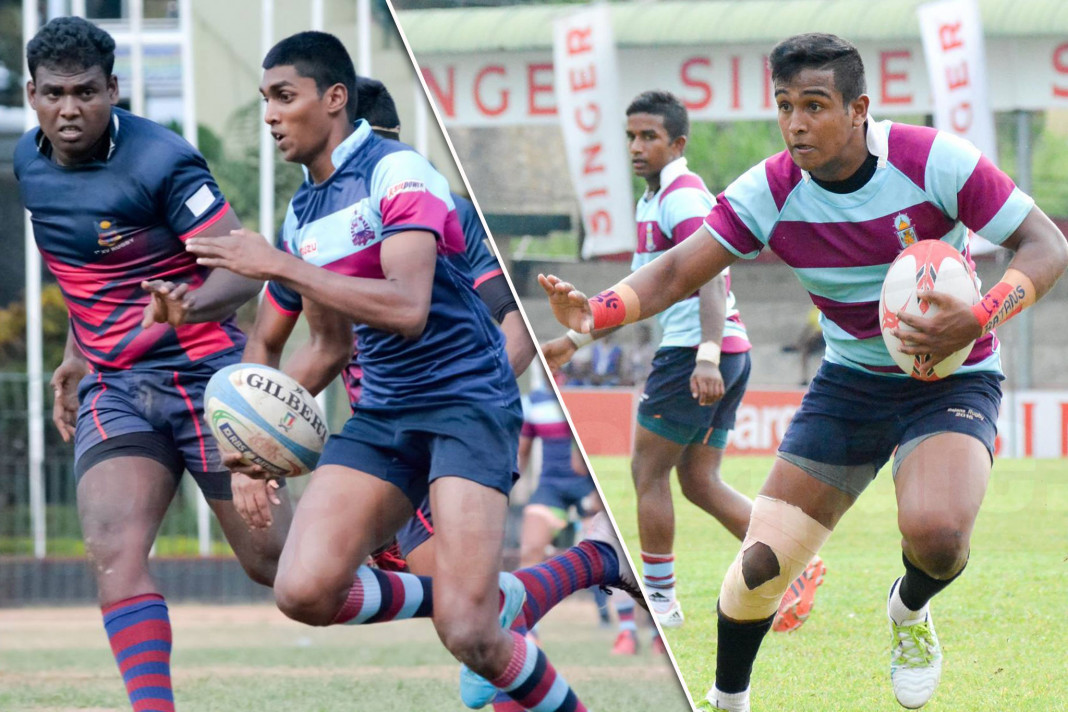 Two schools from Kandy; St. Anthony’s College and Dharmaraja College will go into the final week of the Plate Championship of the Singer Schools’ Rugby League with hopes of being crowned champions.

The eight-team plate title contest, which was held in par with the Cup championship, saw some entertaining rugby that also led to some interesting upsets in the competition. After three weeks of rugby, there remain three teams having suffered one loss each, on top of the table.

Being demoted from the Cup title hunt, both St. Anthony’s and Dharmaraja showed a lot of promise maintaining their high stakes in the Plate title run winning 2 out of the 3 games they played over the past weeks.

Kingswood College, who was demoted last season from the top division, has also been at the forefront of the competition. Leading their respective B Division group, Kingswood College suffered a defeat against Dharmaraja College in the past three weeks of action but is still in the top three, vying for the title.

As we move on to the final week of action, it will be a tough decision to make with two teams equaling on points average which is the calculation used to rank the eight teams.

St. Anthony’s College, despite being at the 1st place of the points table has an equal points average (4.6) as Dharmaraja, they need to ensure that they win the upcoming game against Science with a bonus point and score more tries than what Dharmaraja will have at the end of the fourth week, to win the title.

Currently St. Anthony’s lead the table on tries having scored 42 of them. Their 19 try win against Prince of Wales aided their cause immensely. Science College provided stiff competition to Dharmaraja, the previous week, but it will be important that St. Anthony’s overpower the lads from Science in Nittawela.

For Dharmaraja College to win the Plate Championship for the first time since 2012, they will need to win the upcoming match with a bonus point and score more tries than the total that St. Anthony’s will finish with after the fourth week. Currently, Dharmaraja has 15 tries fewer than table toppers St. Anthony’s.

Dharmaraja must win the upcoming match scoring more than 15 tries plus have a considerable amount  more than the total of what St. Anthony’s will score.

In Kingswood’s perspective, however, the only possibility of them winning the Plate will be if St. Anthony’s and Dharmaraja lose in the final week. Additionally, Kingswood will need to win their final match against D. S. Senanayake with a bonus point. They could also have a shot at the title if Dharmaraja and St. Anthony’s win their matches without a bonus point and they (Kingswood) win with one against D. S.

St. Anthony’s, Dharmaraja & Kingswood have already gained their ticket to the A Division next season while the fourth and final spot will be decided on the outcome of the final week. D. S. Senanayake College and Science College will be eyeing that fourth position.

The fixtures for the fourth week of the Plate Championship will be as follows:

Prince of Wales vs Dharmaraja College on 20th May 4.30 p.m. at Science College Grounds

DS. Senanayake College vs Kingswood College on 22nd May at 4.30 p.m. at Welisara

Lumbini College vs Vidyartha College on 21st May 4.30 p.m. at Science College Grounds

St. Anthony’s College vs Science College on 21st May 4.30 p.m. at Nittawela

Going into the final week, St. Anthony’s College have a distinct advantage with their match being played on Sunday since they will have the results of the earlier games.