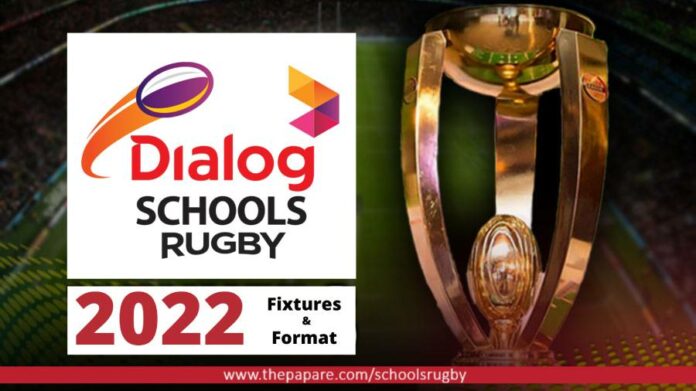 Dialog Schools Rugby League, arguably, the most eagerly followed sporting competition in the island, is set to return with Sri Lanka Schools Rugby Football Association (SLSRFA) planning to commence the Under 19 Rugby league on the third week of June

Dialog Under 19 Schools Rugby league will return to action after an extended hiatus stemming from the global pandemic that prompted the 2020 league to be abruptly halted after just two weeks of action. Subsequently the 2021 edition also had to be scrapped due to the pandemic that engulfed around the globe.

Despite many constrains and volatile economic environment in the country, SLSRFA has decided to conduct the competition in a unique format to make sure all participating teams get adequate game time inside a tight window. With the G.C.E Advance Level exams scheduled for late October; the organizers will be on a race against time to complete the league & the knockout competition by the end of August.

The first game of the league is scheduled to kick off on the 23rd of June with St. Joseph’s College hosting Kingswood College at Havelock Park.

Due to the limited time and resources, SLSRFA has been forced to come up with a unique format to conduct the league. Division I will consist of a total of 36 schools segmented into three segments of twelve teams each (Segment A, B & C)

Teams inside a segment will again be divided in to two groups of six according to their final standings at the end of the 2019 League competition.

This segment is going to grab the attention of everyone with some mouthwatering match ups. Group 1A – surely looks like the group of death with big guns Royal, S Thomas’, Trinity St, Joseph’s, St. Anthony’s & Kingswood all set to battle each other for two spots on offer. St. Peter’s, who some favour to go the distance this year, will be favorites to top Group 1B but will face stiff competition from ‘Green Machine’ of Isipathana, Wesley, Science and the two Kandy teams – Dharmaraja & Vidyaratha.

Format – Each team will play five games back-to-back against the other 5 teams in their respective group. At the end of the first round, the highest ranked team from each group will be awarded as the Segment Group champions.

Despite a slightly shorter and a new format, the return of Schools Rugby will be music to the ears of the rugby community in Sri Lanka and the diaspora who follow the teams with immense passion.