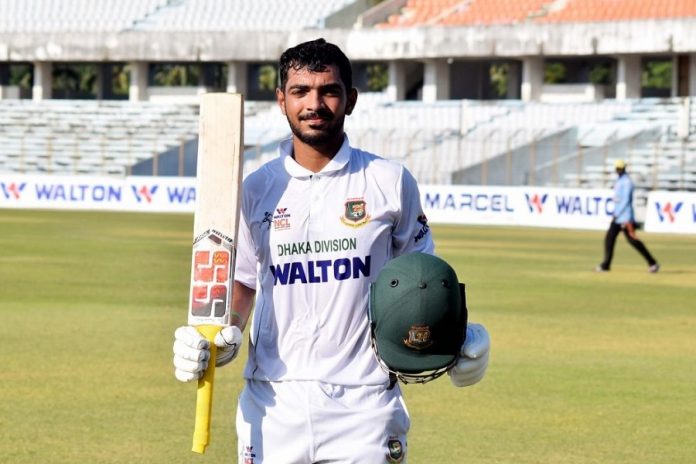 Saif Hassan, the reserve opening batsman in the Bangladesh squad, has been ruled out of the second Test against India in Kolkata. The 21-year-old was in line to make his debut in the historic pink-ball Test at the Eden Gardens.

Hassan split his finger webbing while on 12th man fielding duty during the 1st Test in Indore. The injury hasn’t healed enough two days out from the match.

“Medical Team is of the opinion that he will benefit from being rested to full recovery. Taking the state of injury into consideration, Saif has been ruled out of the second Test,” Bangladesh Cricket Board said in a release.

>>New highs for Shami and Agarwal in Test rankings<<

Bangladesh are in desperate need of a change at the top. The incumbent opening batsmen, Shadman Islam and Imrul Kayes, managed all of 24 runs across two innings in Indore. But Hassan’s injury means that the visitors will have to persist with the same opening combination in Kolkata too.