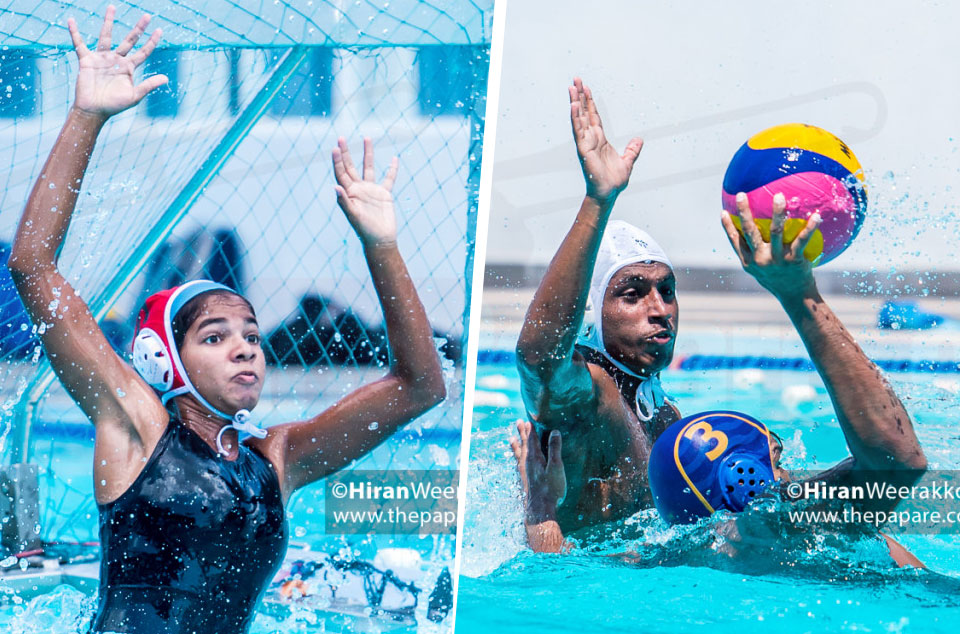 Royal College and S. Thomas’ College have made their way to the semifinals of the National Water Polo Championship 2018.

Read: Results of Day 1 of the National Water Polo Championship 2018

The second day of the National Water Polo Championship concluded with the top dogs in the schools’ arena and the elites in Sri Lanka polo making their way to the final and knockout stages of the event.

Newly crowned champions of the Hayman Trophy, Royal College, have been on top of their game following their success. Unbeaten in the league so far, Royal College faced the team from Police.

The school boys showed the veterans how it’s done with a goal spree of 20 by the end of the 4th quarter. This was Royal’s 4th victory in the league and second for the day, having been awarded a walkover from Starfish Academy who was a no-show.

Royal College have now earned themselves a spot in the semifinals and will face off against the Royal ‘B’ team.

The RCUAC ‘B’ team has had 3 victories of the 4 they played in the league. They lost their opening fixture to OTSC ‘A’ in a close 11-9 battle. The first day of play also brought the Royalists a walkover from Star Fish Academy.

The second day was more fruitful for the team, defeating the once mighty SSC team 19 goals to 8. They later went on to beat the ‘B’ team of Sri Lanka Army 14 – 8 to earn their spot in the semifinals.

Read: Swimming Nationals set to hit the waters in November

OTSC ‘A’ made their way to the semifinal with 4 unbeaten matches in the league. After their win against RCUAC ‘B’ and the Army ‘B’ team on the first day, the Thomians went on to record two more wins on the second day.

The ‘A’ team of Sri Lanka Army muscled a fight, but eventually lost out 11-8. SSC was their fourth and final victory in the league so far, OTSC taking the match 14 goals to 6. They will face off against the Airmen in the second semifinal.

Sri Lanka Air Force made their way to the knockouts with three wins and a loss, just like the Royal ‘B’ team. Their only loss was against the Royal College ‘A’ team with a score of 12 – 9. With a win against OTSC ‘B’, Police and a walkover from Star Fish Academy, the Airmen booked their spot in the semifinal.

In the Women’s category, defending champions Visakha Vidyalaya kept the ball rolling with their second win in the league against Sri Lanka Air Force; The score read 10 – 4. Visakha ‘A’ will now face their ‘B’ team in the final fixture and are well on their way to the third consecutive National title.

OTSC defeated the ‘B’ team of Visakha, registering their first win in the league. They lost to Visakha ‘A’ 15-2 in their opening fixture. OTSC will face off against the Airwomen in the final fixture; A win here will see a silver medal finish for the OTSC women.