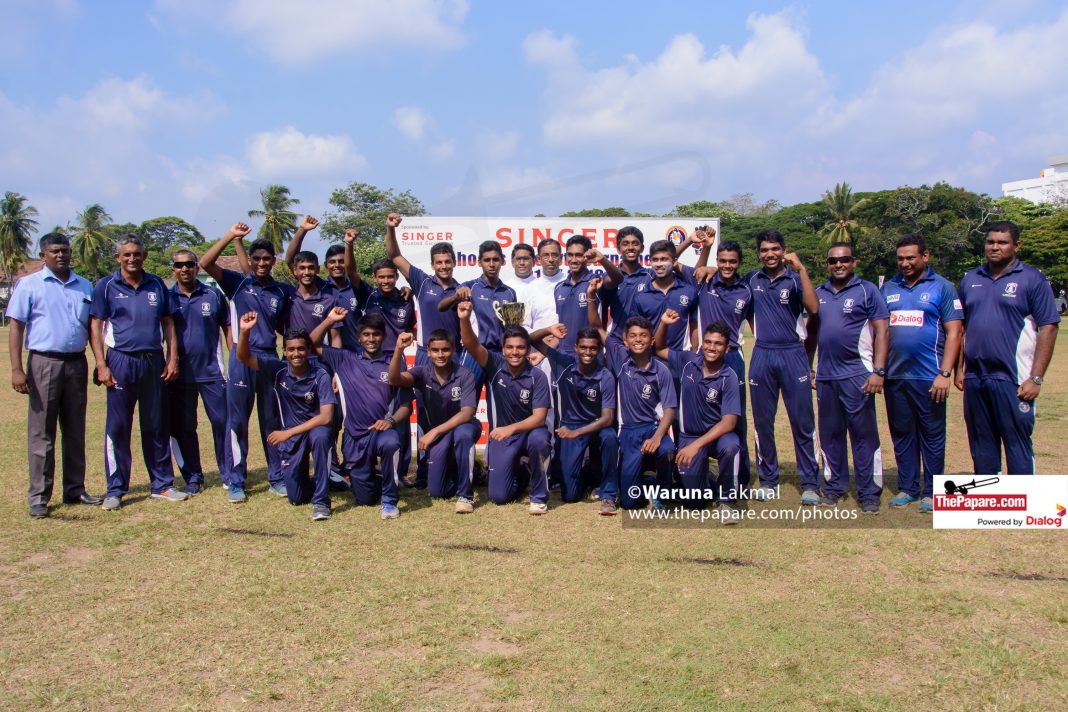 Resuming on 120/4 at the Royal College grounds in Colombo, the Josephians lost their batting mainstay Dineth Jayakody for 44, when he edged behind, looking to drive away from the body.

But a stubborn sixth-wicket stand of 62 runs between Dunith Wellalage and Sachintha Mahindasinghe got the Josephians back on track, before the latter fell for 34 runs – ending his school career after three years of 1st XI cricket.

Wellalage though continued to provide stubborn resistance as he made sure the Josephians went past the Thomian first innings score along with Lakshan Gamage for company.

The champions lost their last four wickets in quick time with Wellalage missing out on a well-deserved century by 12 runs as the Joes folded up for 269, securing a 53 run lead.

The Thomians made an optimistic attempt of an outright win before they eventually called the game off after reaching 67/2, as the Josephians clinched the championship on first innings points.

Thomians who ended up as runners up also clinched the U19 Division 1 Limited Over Tournament when they beat Richmond college a couple of days back.