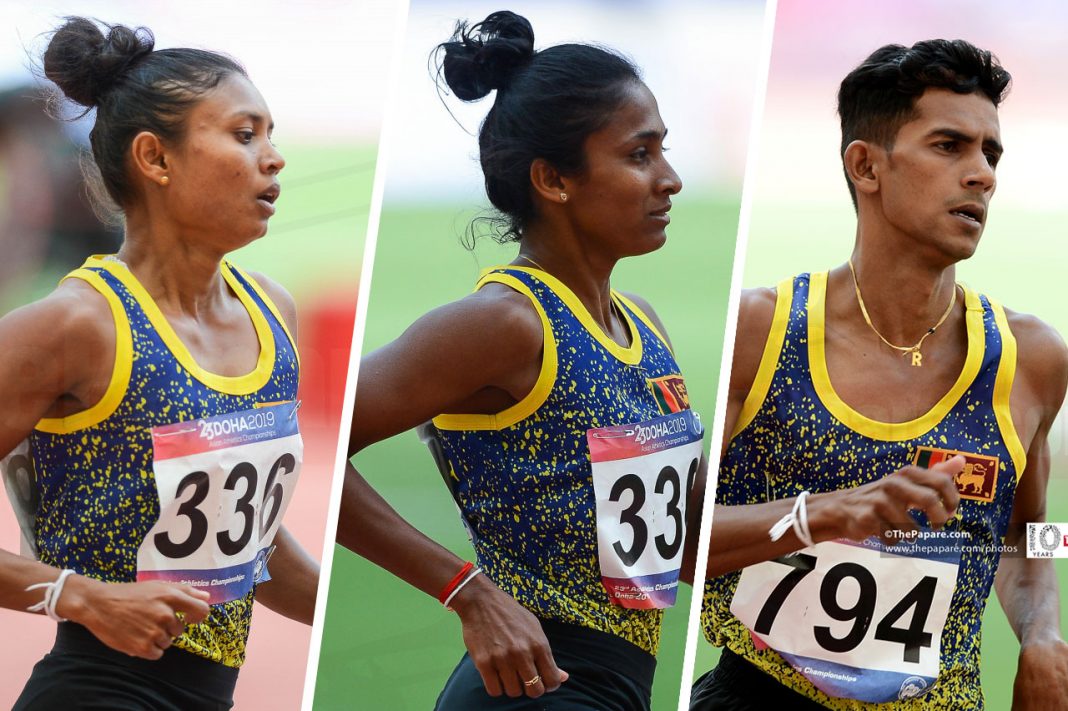 The 23rd Asian Athletic Championship which will be held over four days from 21st to 24th April, commenced today (21st) at the Khalifa stadium in Doha Qatar with the participation of 48 regional countries, who will field over 700 athletes for the competition.

ThePapare.com | 21/04/2019 Editing and re-using images without permission of ThePapare.com will be considered…

In the 400m, an event which has brought much success in the past for Sri Lanka, Ajith Premakumara and Nadeesha Ramanayake both managed to qualify from their heats in the Men’s & Women’s category respectively. 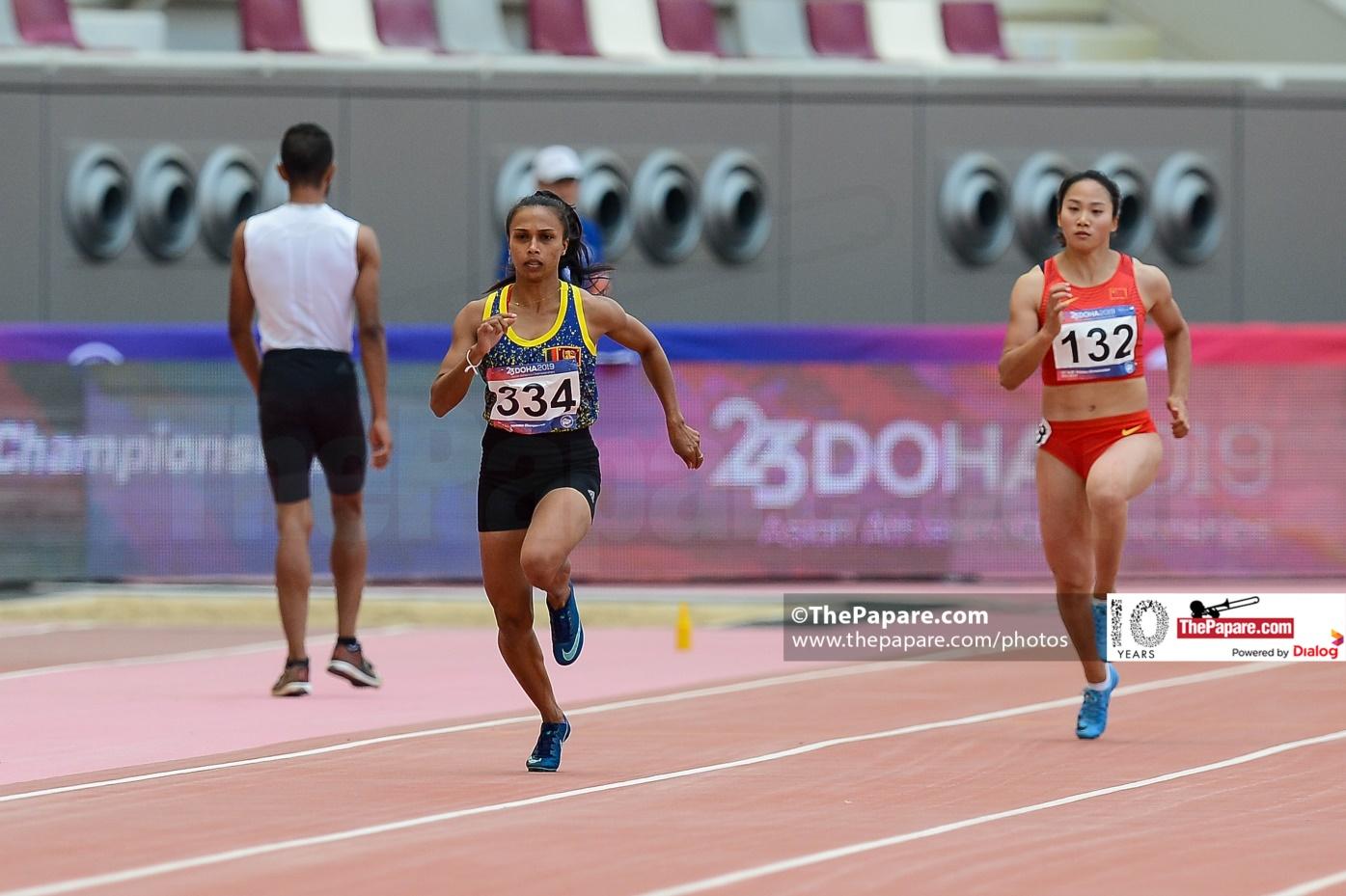 Nadeesha Ramanayake who has been rising steadily in the Women’s 400m impressed with a terrific run in the heats. Having being drawn into a difficult heat, where she had the likes of Hima Das the sensational Indian runner also in the same race, Nadeesha who was competing in lane 9, delivered a terrific run to take the win clocking 53.66secs. Running in the 6th lane in the final Nadeesha did not get off to a great start and had trouble catching up to the lead pack. She had to be content with a 6th placed finish.

Ajith Premakumara competed in the Men’s 400 and secured qualification finishing third in the heats, clocking 47.31secs. However running in the difficult 9th lane in the final, Premakumara could not put his foot on the pedal and finished 7th, similar to Nadeesha. 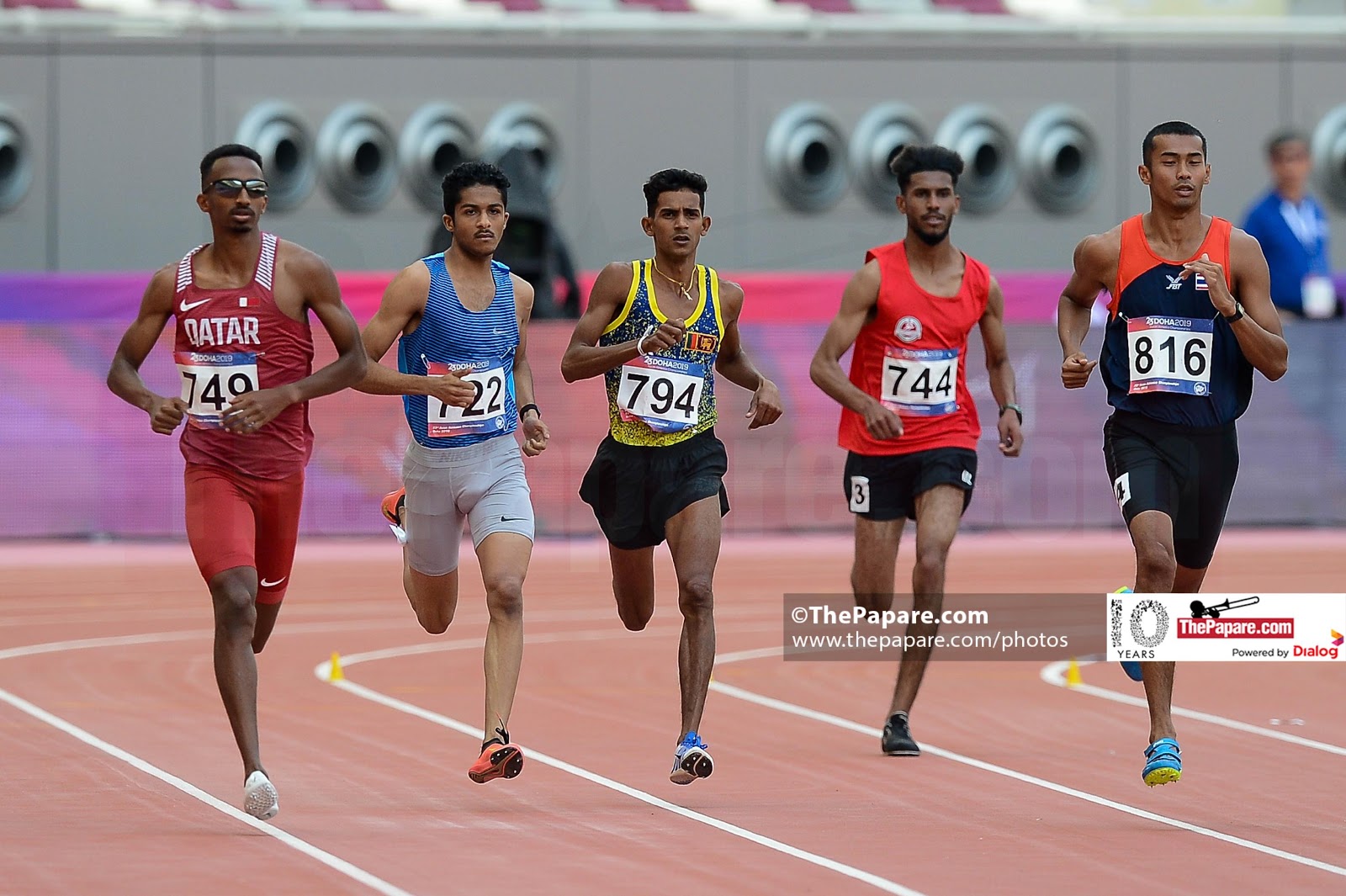 Young Rusiru Chathuranga who has turned a lot of heads having upset plenty of fancied competitors, including Sri Lanka’s prime 800m runner and national record holder in the event, Indunil Herath, impressed at his very first major international competition showcasing that he could be an asset if managed properly. In the heats of the event Rusiru who competed in the third heat finished in third place clocking 1:50.55 and showcased real heart, stepping on the after burners in the home stretch. Rusiru was drawn into the second semifinal of the Men’s 800m and despite a very slow start where he was right at the back of the race he managed to deliver a terrific run in the final few meters of the competition and secured a spot in the Final as one of the fastest losers despite finishing  4th. 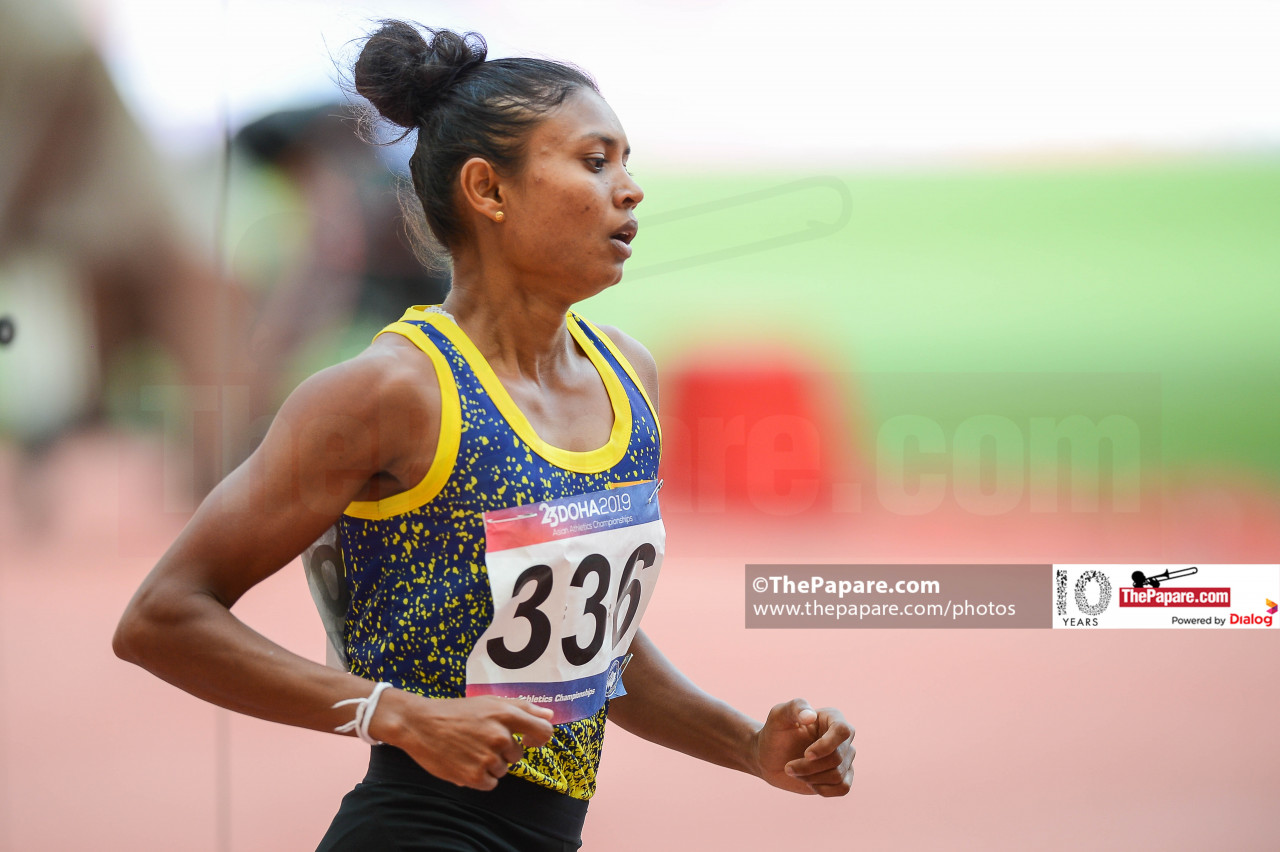 The first event of the 23rd Asian Athletic Championship, the Women’s 800m heats saw the participation of two Sri Lankan athletes. Nimali Liyanarachchi, the 800m Gold medal winner at the last Asian Athletic Championship, was the first to take to the track of the Khalifa stadium. Nimali who competed in the 1st heat of the event started off strongly and led the race at the half way mark. In the final lap of the race Nimali came under fire from the Chinese and Indian athletes who managed to get ahead of her in the home straight. Margarita Mukasheva of Kazakhstan managed to move in on Nimali, making it a photo finish between the two athletes. Magarita edged Nimali to secure the automatic qualification, with Nimali finishing 4th clocking a time of 2:05.10. 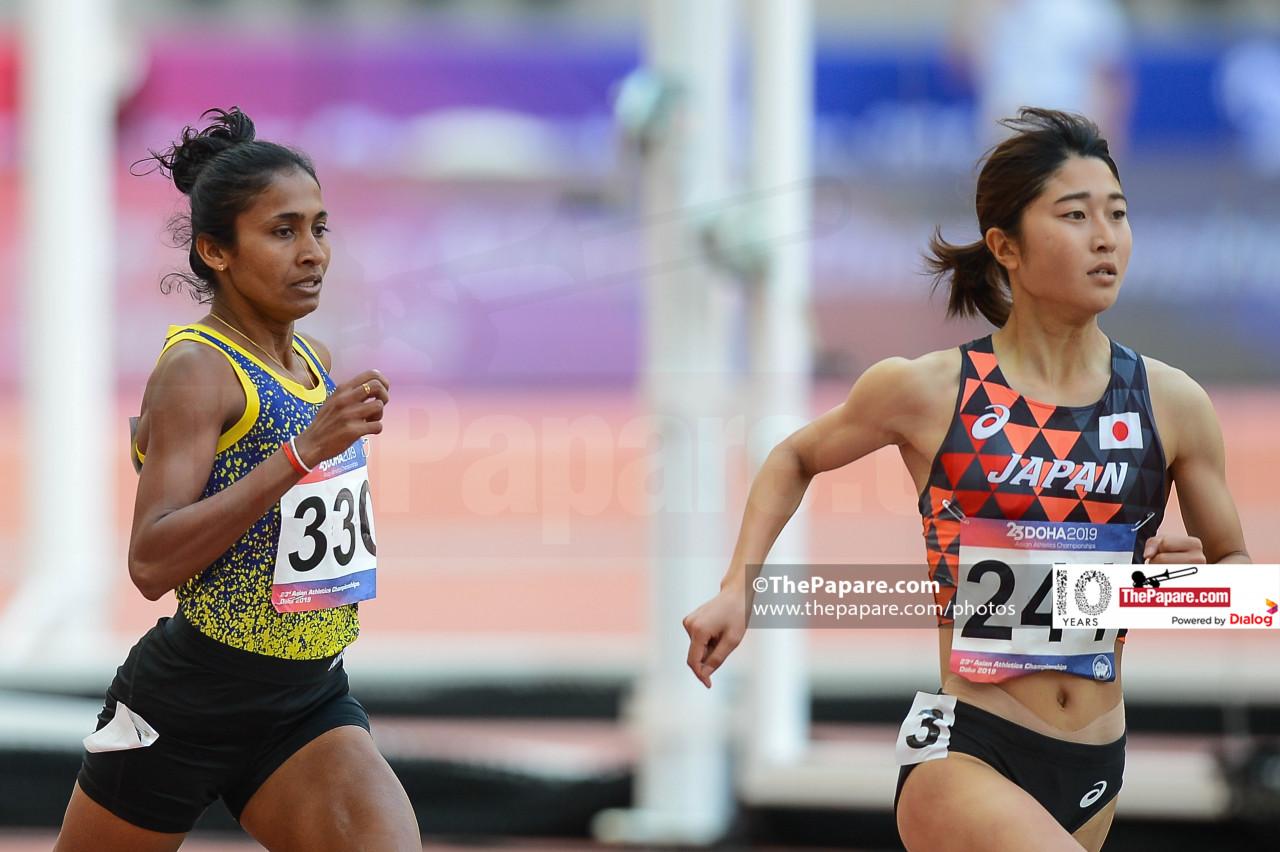 In the second 800m heat, Gayanthika was on a different gear from the get-go of the race and set the pace of the race and dominated the race from start to end, earning qualification to the finals. After a nervy couple of minutes Nimali also earned qualification to compete in the final. Despite ending up victorious Gayanthika ran a very slow race clocking 2:05.20 and it did look like she was conserving energy for the all-important big final tomorrow (22nd) which will commence at 9.28pm Sri Lankan time. 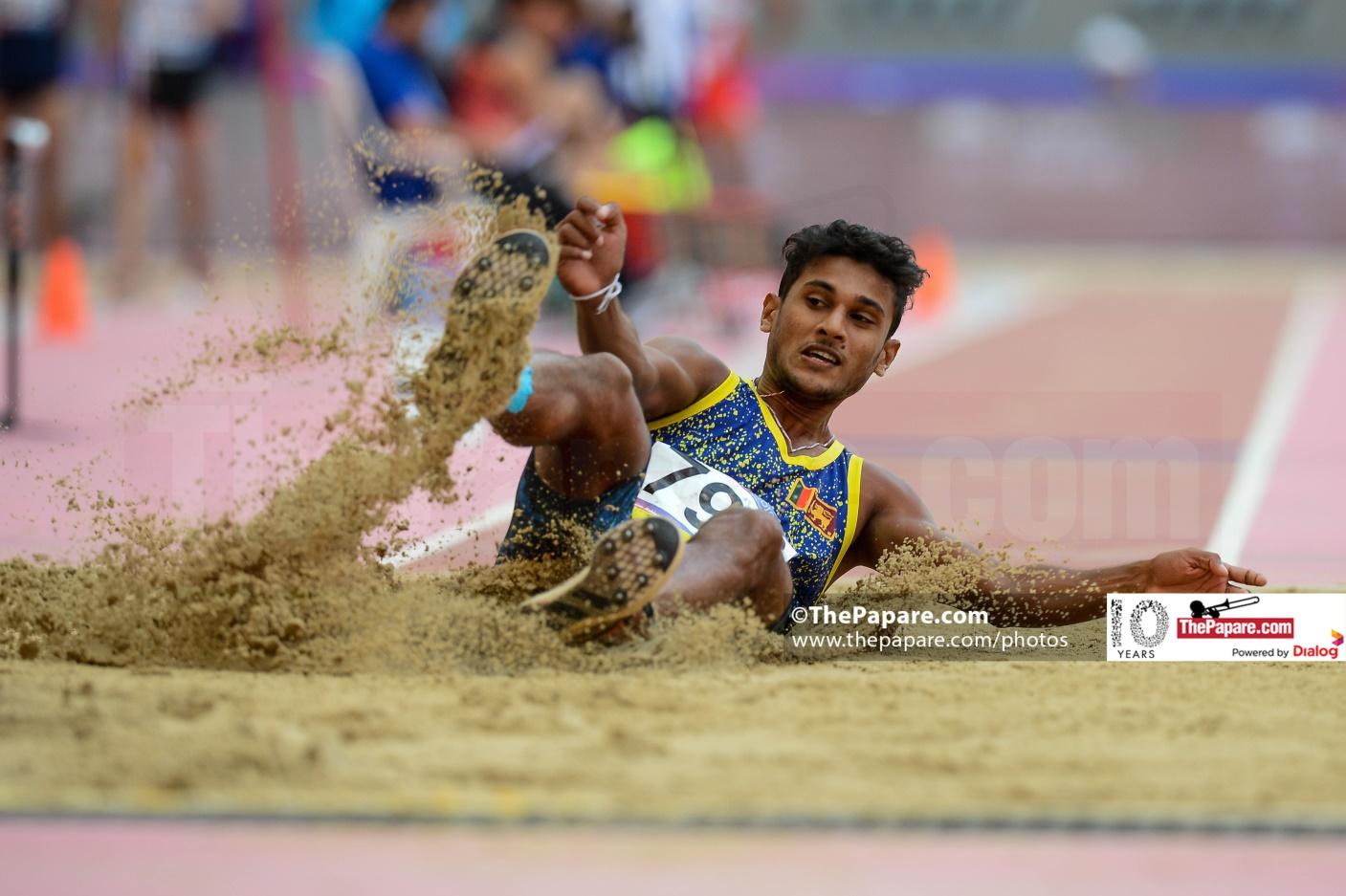 Up and coming young jumper Greshan Dhananjaya who claimed the national triple jump record en route to earning qualification to compete at the Asian Athletic Championship, got through the qualification stage of the Men’s Triple jump event. 17 athletes competed in the event and were divided into two groups. Three attempts were given to each athlete with the automatic qualification mark being 16.50m with the best 12 athletes chosen for the finals of the event. Only China’s Yaming Zhu managed to surpass the qualification mark with a leap of 16.52m while the best performers from the two groups earned qualification for the final round. Greshan managed to qualify as the 7th overall jumper with a best performance of 15.87m and will feature in the final of the event which will be held tomorrow (22nd) at 7.47pm Sri Lankan time. 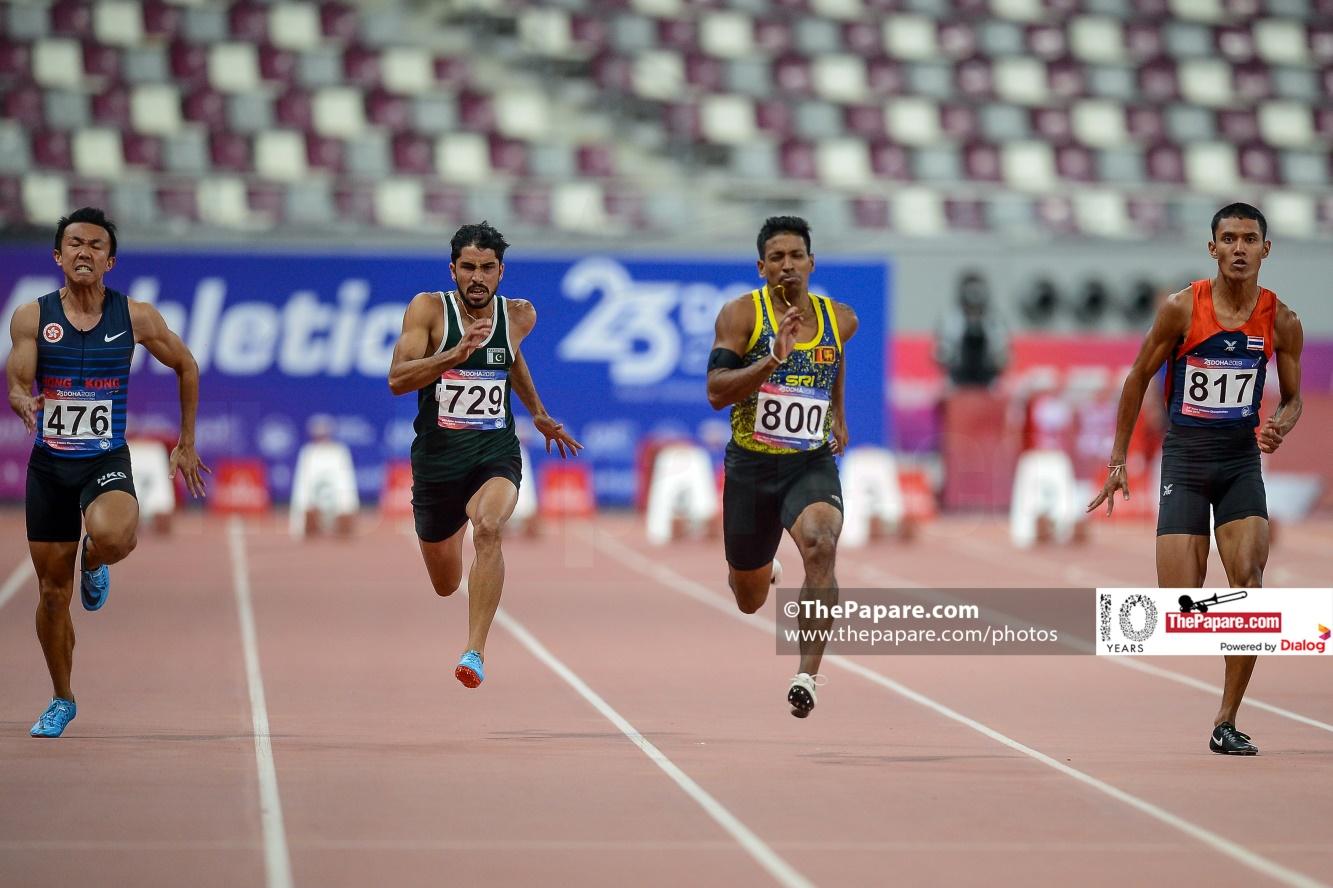 Star Sri Lankan Sprinter, Himasha Eshan who competed in the first round of the Men’s 100m was seen wearing a black band around his arm in honor of the Sri Lankans who lost their lives today under tragic circumstances. Himasha was placed third in his heat and clocked a time of 10.46secs which is not an impressive time given that he recently recorded the his personal best time of 10.22secs which is also the national and the South Asian record in the event. Himasha will compete in the semifinal tomorrow (22nd)  at 8.15pm.

Sri Lanka’s #1 sports hub, ThePapare.com  will be at the Khalifa stadium, Doha, Qatar in the Arabian Peninsula to bring all the action of the Asian Athletic Championship to your fingertips. Watch out for  previews, live results, live photos, exclusive and insightful videos of the progress of the Sri Lankan contingent at the Asian Athletics Championship 2019.