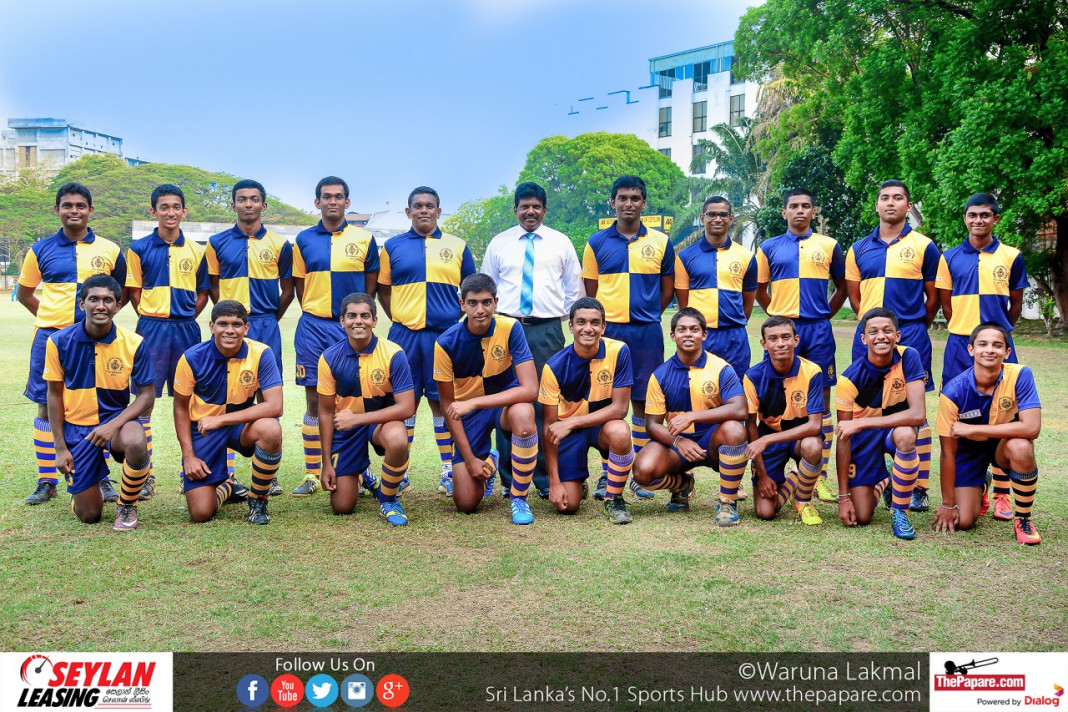 Following an immensely successful stint in the hockey arena so far this year, the Royal College Hockey team will be looking to end the season on a high as they clash with arch rivals, S. Thomas’ College, Mount Lavinia, for the Orville Abeynaike Memorial Trophy.

Hockey was first introduced to the school in 1955 under the captaincy of Lionel Almeida who was instrumental in growing the sport. The Orville Abeynaike Memorial Trophy was initiated in 1999 while Royal managed their first win in 2007.

Royal began this season well as the ended up as runners up in the Under 19 Western Province Hockey tournament.

Things only got better for the boys from Reid Avenue as they stamped their mark on the schools’ competition at the All-Island Schools’ Games Championship beating Nalanda College 2-nil in the final. Centre Half Pasindu Charuka was named the best player of the tournament.

Royal’s dominance over Trinity in the traditional encounter was prominent this year as well with the lads from Colombo winning the encounter 2-0.

Led by senior player and full back Sajan De Zoysa, the Royalists field a well composed outfit with their backs and half backs gaining their form over the past few weeks. Forward Dilan De Silva who played a pivotal role in their game against Trinity last week will be Royal’s key prospect when it comes to the crucial moments.

The other key personnel in the outfit will be Pasindu Charuka who was also adjudged the best player at the National School Games.

Captain Sajan De Zoysa will be pivotal for Royal, playing at Full back as he would look to organize the defense in their quest to win against the Thomians for the 10th consecutive year.

Having dominated the Thomians for 9 successive years, the Royalists will be out searching for their tenth successive win this weekend at the Astro Turf.

The game will be played under lights for the very 1st time. Speaking to ThePapare, Captain Sajan De Zoysa said, “We have a good balanced side and we seem to have an edge over our opposition and we will look to go all out for it”