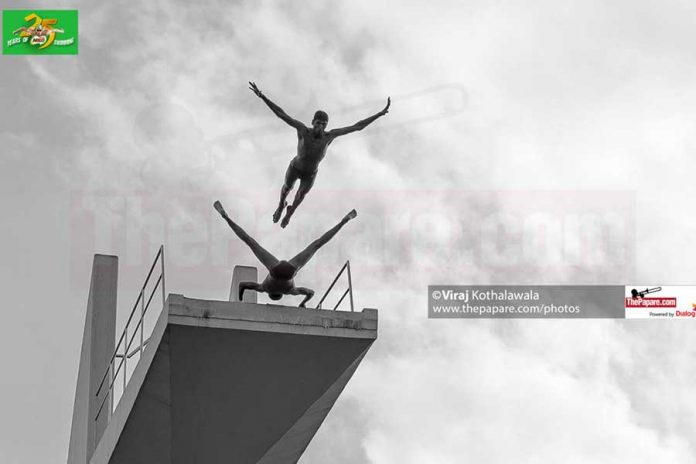 Sri Lanka off to a shaky start in China

The Tournament will have three 3 standard events, 1m Springboard, 3m Springboard and the Platform. The team has a diverse set of divers with 15 boys from different age groups. The school team has performed impeccably throughout the year and is determined to make a name for themselves at the international stage.

Leading the pack is Isiwaruna De Silva, a 2-time coloursmen of Royal College and an instrumental member of the squad for almost 12 years. Taking on the Vice Captaincy will be Savinda Dissanayake, also a prominent player in the Royal College side.

Isiwaruna De Silva, Sawinda Dissanayake, Prasad Dissanayake, Abhishek Meegalla, Matheesha Marambe and Induwara Gunawardena will be the players to drive the team on the charge in Thailand, as they hold the most experience in the team.