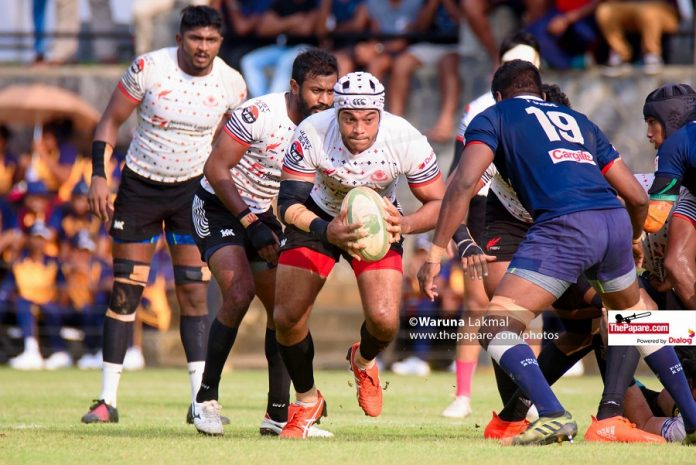 The CH & FC side will be expecting their skipper Yoshitha Rajapakse back for the clash of the second round when the side meets table toppers Havelock Sports Club on the 10th of February.

The former national captain, Rajapakse was sidelined after the final week clash of the 1st round against Police with an injury to his jaw. The skipper had to be subbed out of the game owing to the injury and was later advised to rest for 4 weeks.

Reports also surfaced on a probable head injury to the 31-year-old, which he later denied.


Rajapakse in action against Police, the last game he played

“For me, unfortunately my brother(Yoshitha) is out for this game, but taking up his captaincy position I am delivering an okay deal” added Rohitha Rajapakse following the team’s historic win against Kandy Sports Club at Racecourse last week.

“We are expecting him to come back in the next game, I think the Havelock game is going to be a cracker.”

The dynamic third row player, Yoshitha has been a consistent performer at CH & FC in the past two seasons. His return will be crucial next weekend when the side meets the Pink Jerseys. Havelock Sports Club have had a reputation for their dominant forward combination and Rajapakse’s addition will be vital if CH & FC intend to stir up an upset.